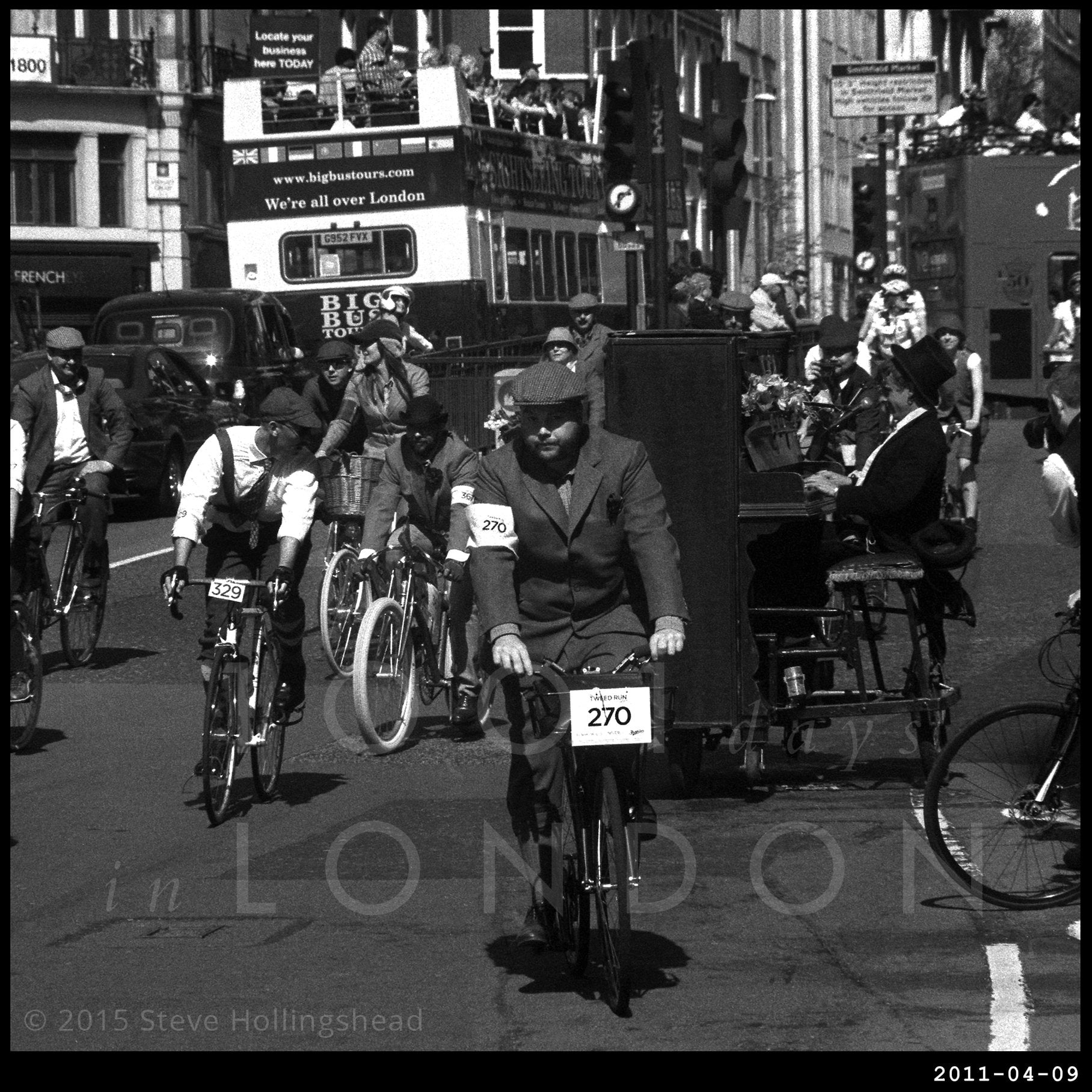 So… here we are just around the corner from St Paul’s Cathedral and the annual Tweed Run is under way (New Bridge Street, incidentally, is in reference to the ‘new’ bridge crossing the river at Blackfriars – the one built in 1769, that is. The road follows the route of what used to be the River Fleet, which, after centuries of perfectly healthy use as an outdoor toilet was eventually covered up and now exists as a sewer immediately below. Well I thought it was interesting). 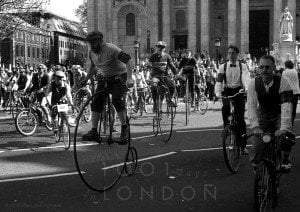 Anyway, Considering this was only the third official gathering of like-minded classically attired pedallers, the 500 places available were snapped up in an almost Glastonbury-style frenzy. This isn’t entirely unexpected however: there’s the increasing enthusiasm for vintage attire and all things Chap, and The Bike Show’s Jack Thurston set a marker a few years ago with his Tweed Cycling Club. There’re also these radical pioneers back in the 50s. Oh, and that’s Rimski and his piano bicycle providing musical accompaniment for the riders, by the way.

The wearing of tweed, generally associated with the Upper Classes, and currently going through a bit of a renaissance, has had many populist admirers over the years, some more celebrated than others, but we leave it with this notable wearer of the cloth to gracefully take us away…