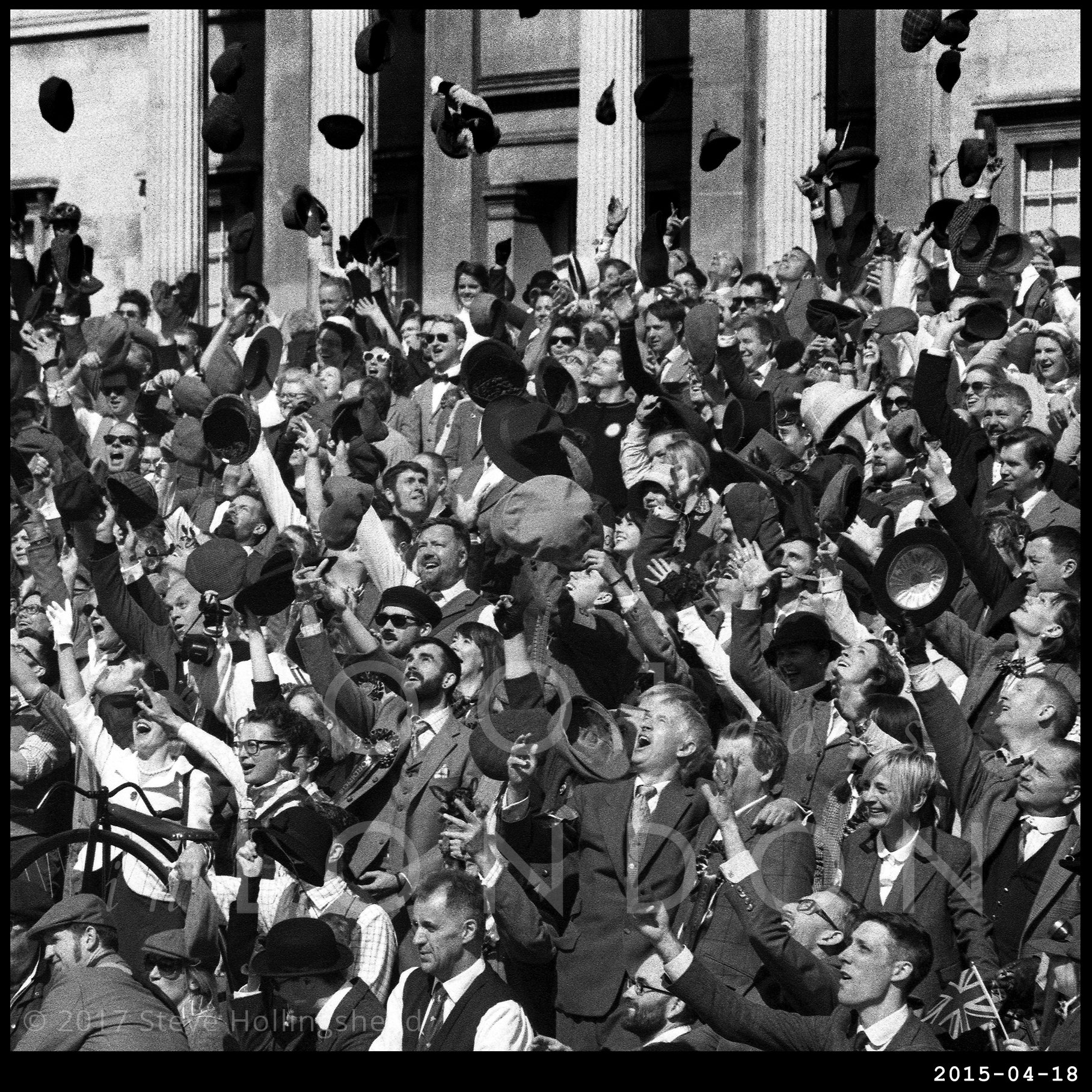 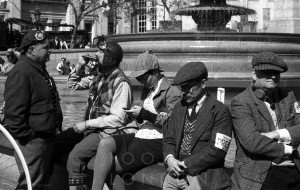 It’s springtime and the call has gone out once more to all cycling enthusiasts for whom Lycra is the Devil’s underwear, to take to the streets en-masse and engage in a leisurely tour of the city, no doubt followed by a picnic with lashings of, well, something a bit stronger than ginger beer, I imagine.

And so we see the Tweed Runners gathering prior to the commencement of their 7th annual outing, this time in a pleasantly mild and sunny Trafalgar Square, which, you may have noticed, had hosted quite a few of the events featuring in this project already. 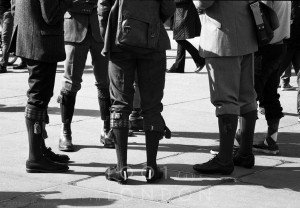 As usual, a firm commitment to the sartorial cause is strongly in evidence, not just in the wearing of a classic tweed jacket, but in the complete presentation, right down to the socks and garters.

In fact high standards are maintained thanks to the support of traditional outfitters Cordings – who might not have been around to share in this grand experience had it not been for the intervention of God. No, not that God, this unexpectedly dapper God [although you’d imagine the Almighty would cut a seriously dashing figure in a bespoke piece of Harris]. 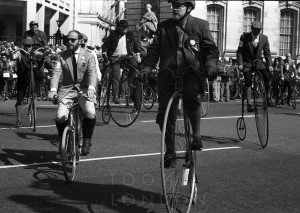 And thanks to the revived enthusiasm for all things tweed, hopefully the traditional process known as ‘waulking’ can survive, along with its unique soundtrack. 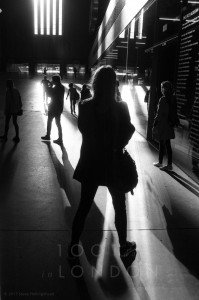 So while they go off for their jolly jaunt around the healthy streets of London, we’re off to Tate Modern, where there’s an inspiring Sonia Delauney exhibition on, and an equally inspiring sunset hitting the entrance to the Turbine Hall.