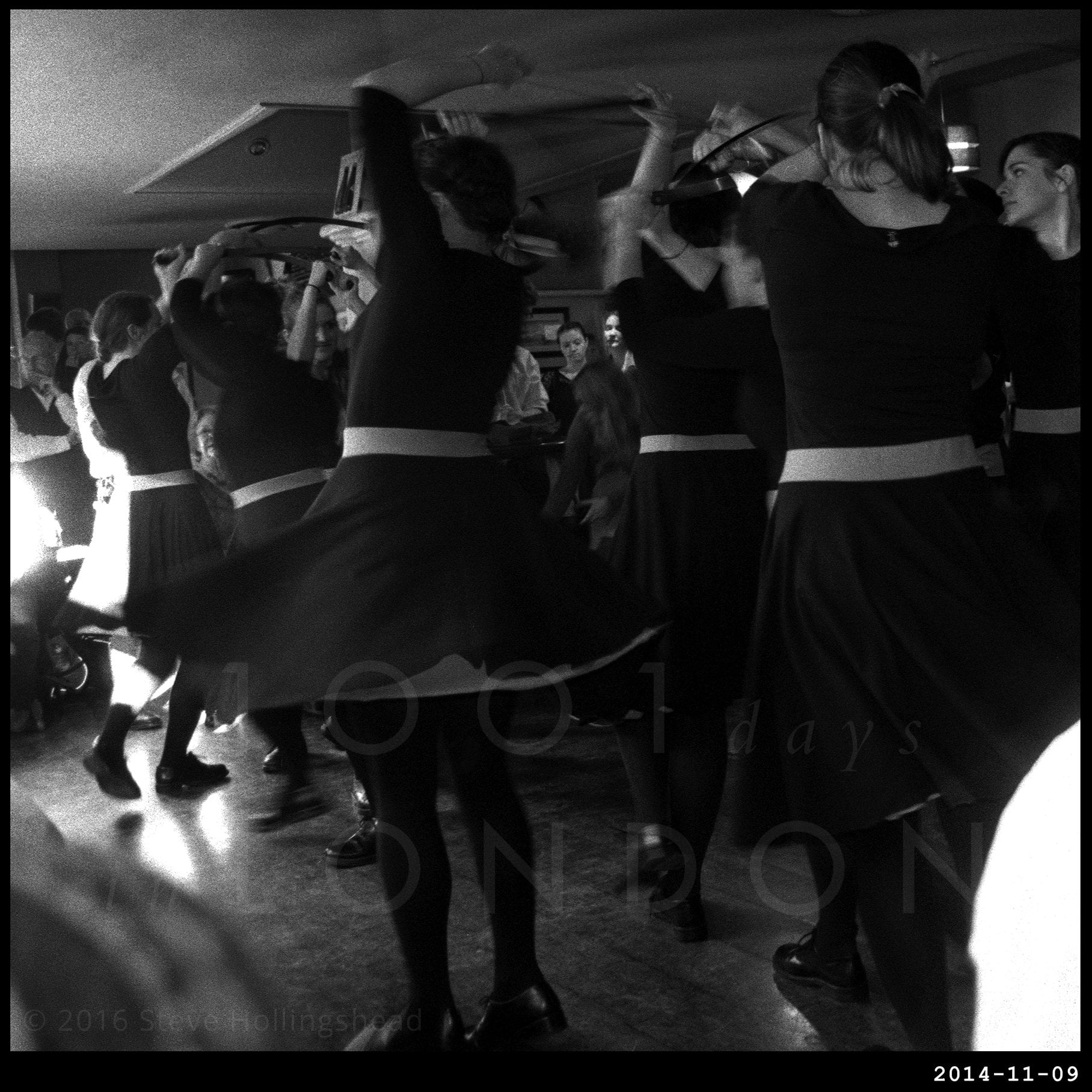 Once a year, in a fairly unremarkable public house in north Southwark, a gathering of the clans from the world of sword dancing takes place. And we’re not talking about this type of sword dance, and especially not this type (though it’d be interesting to see them try) – what we have here are teams of Rapper dancers, and their ‘swords’ are more like extra long double-handed metal spatulas (so I don’t know what the Mail’s banging on about here) 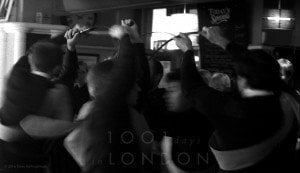 However, don’t assume this is like Morris Dancing without the hankies: rapper dance – which originated in the 19thC in a number of Tyneside mining communities – can be fast and complex, and in the spring a keenly contested annual competition is held (DERT) and the ladies in the main picture, who hail from Sheffiled (where they should know how to make a good sword) are 2014 Championship winners. 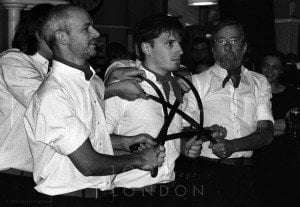 Having almost died out early in the 20th Century, a combination of Cecil Sharp and some enterprising students in Newcastle, the dance has, over the past few decades, survived and prospered – and, as the growing number of women’s teams testify, you don’t have to have a beard to take part. 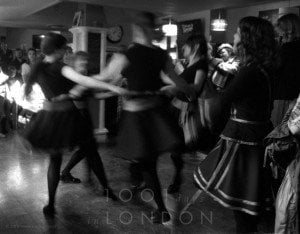 Anyway, everyone’s here at the invitation of local team Thrales, who take their logo from a famous(ish) local restraining order, and who could be excused from being somewhat jaded performers this particular afternoon having spent most of the weekend engaged in challenging pub crawls.

And so… as we’re talking swords, this naturally came to mind.