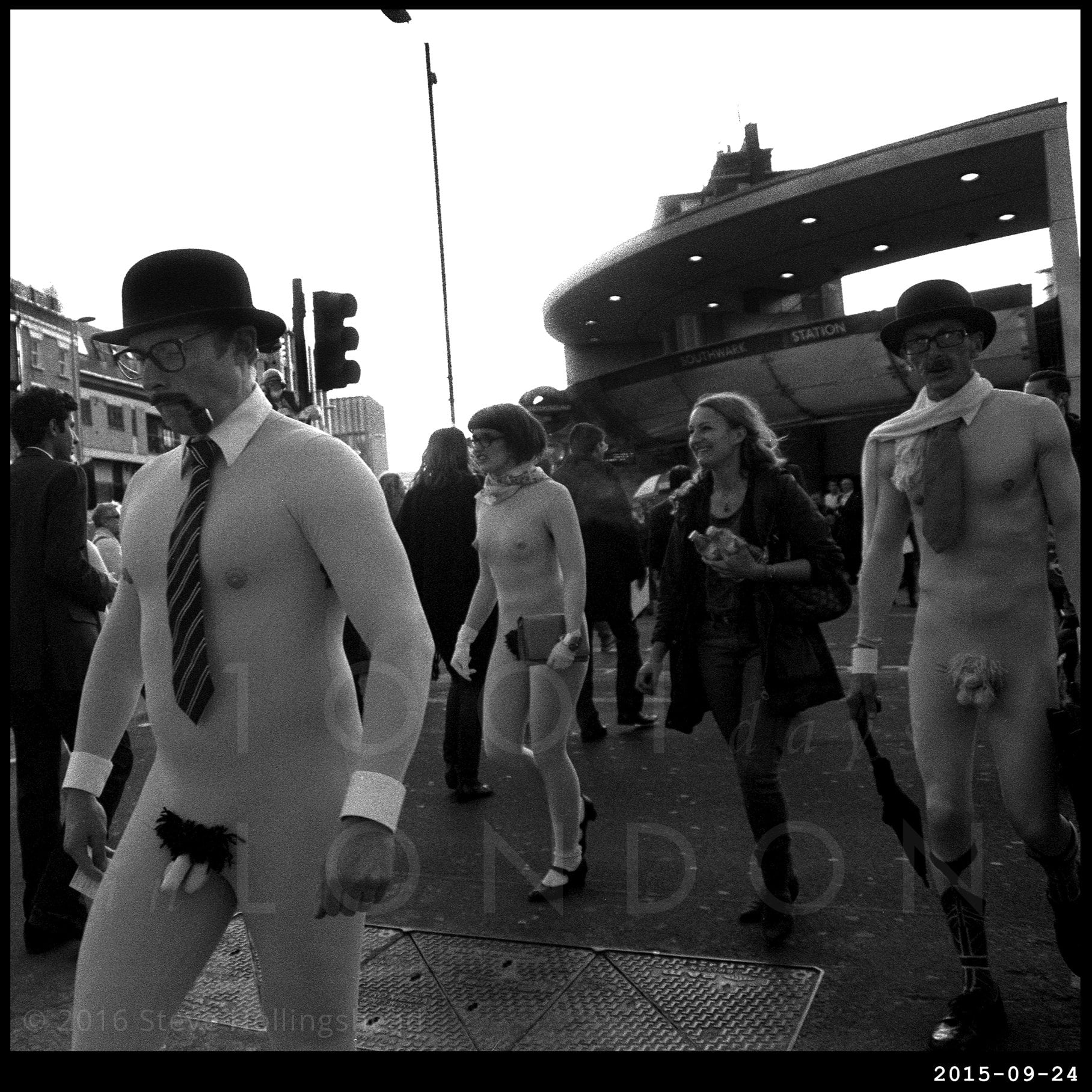 Painful as it is to admit it, but we have to thank Boris Johnson for this particular event (don’t worry – he didn’t participate) indirectly, obviously, for it was his scheme to fill the city with Cycle Superhighways which resulted in a group of naked gentlefolk taking to the streets of North Southwark this fine afternoon.

As a means of trying to bring a bit of cheer to the local workers and residents who’d been stressed and inconvenienced by months of disruption along Blackfriars Road (the first stretch of the North-South Superhighway – a scheme welcomed by many, but not by all), Southwark Council found some funding to go towards some street performance as part of 2015’s Merge Festival). 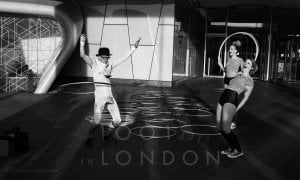 As well as the Natural Theatre Company’s Nude performers (not to be confused with the Naked Rambler), passers-by were treated to some hula hooping, a bizarre blue bunny and a cockney sing-along from The Gents.

Merge Festival meanwhile continues to present varied and sometimes wonderful mix of arts events in found venues around the area, as well as a Riverside stage showcasing some rather excellent music, including the intriguing Sawchestra.