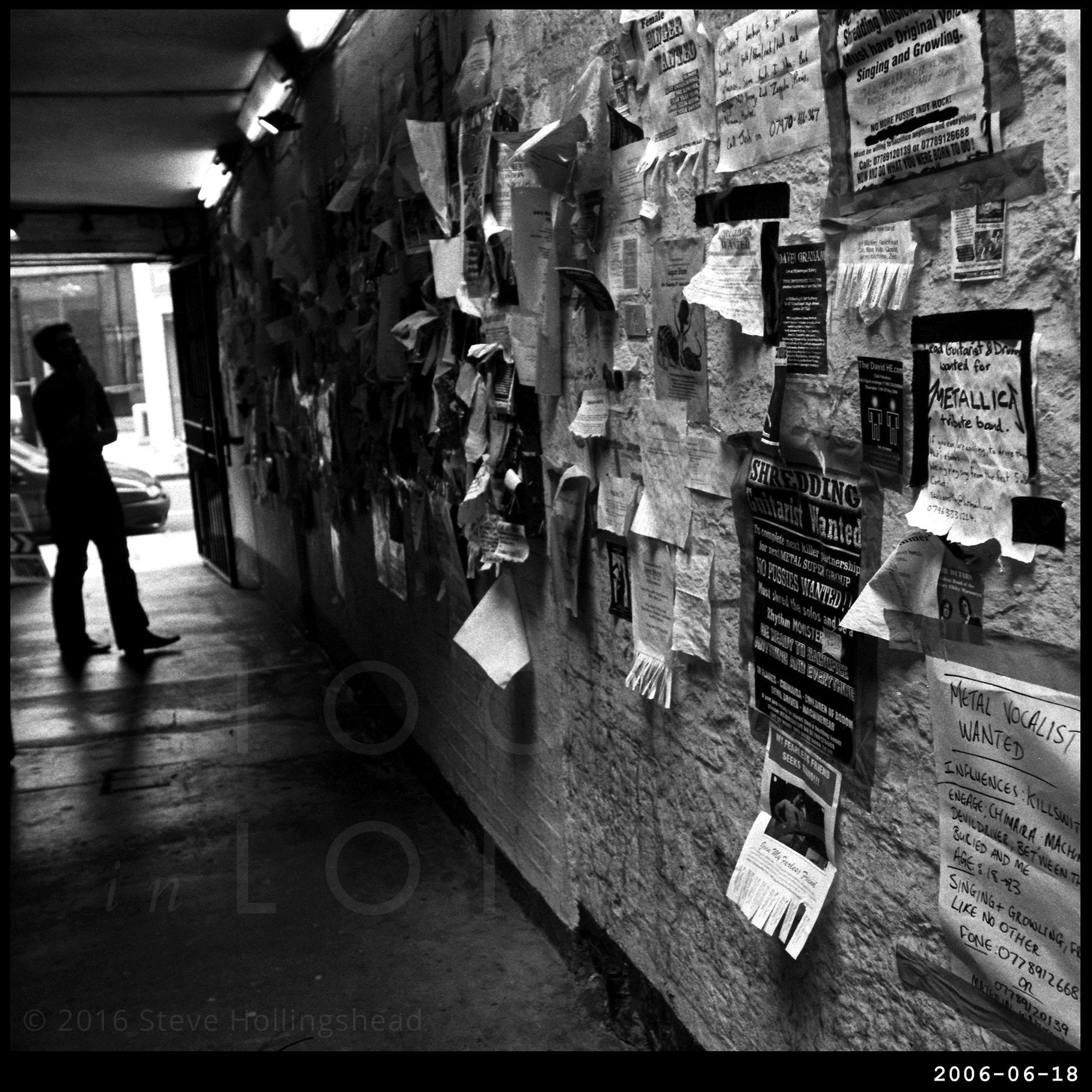 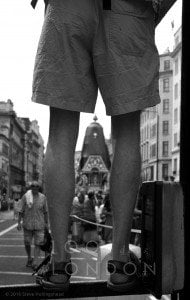 One of those in-between events pictures today, basically because we’ve already covered the Rathayatra procession, which is what we’re just coming from (and managed to get a few intriguing shots as well…) and we’ve covered Carrom, which features in an event we’re heading towards, on the way to finding somewhere in Brick Lane to watch the Brazil – Australia World Cup game (I’m not entirely sure why, to be honest…) 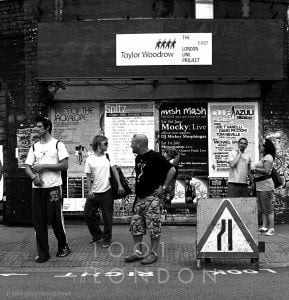 And en route we find ourselves in Denmark Street – London’s Tin Pan Alley – globally celebrated for its association with all things musical over the past 70-odd years, and recently, thanks mainly to the monolithic Cross-Rail project, held up as an example of all that’s (going) wrong with the modern world. Although, whether Denmark Street is dying or not seems to be a matter of some debate (and not everyone loves the place anyway, it seems).

What is true is that the ‘legendary’ 12 Bar Club, which would be on the right of this alleyway of music ads, is now no more, despite a spirited campaign to save it; and that the guitar shop, which would be on our left, appears to have had something of a checkered history.

Obviously we’re spoiled for choice for music links: this is great, but the wrong Tin Pan Alley, this is from the last night of the 12 Bar Club and this is Ray Davis’ homage to the street. Oh, and this is Arthur Askey and a pig.