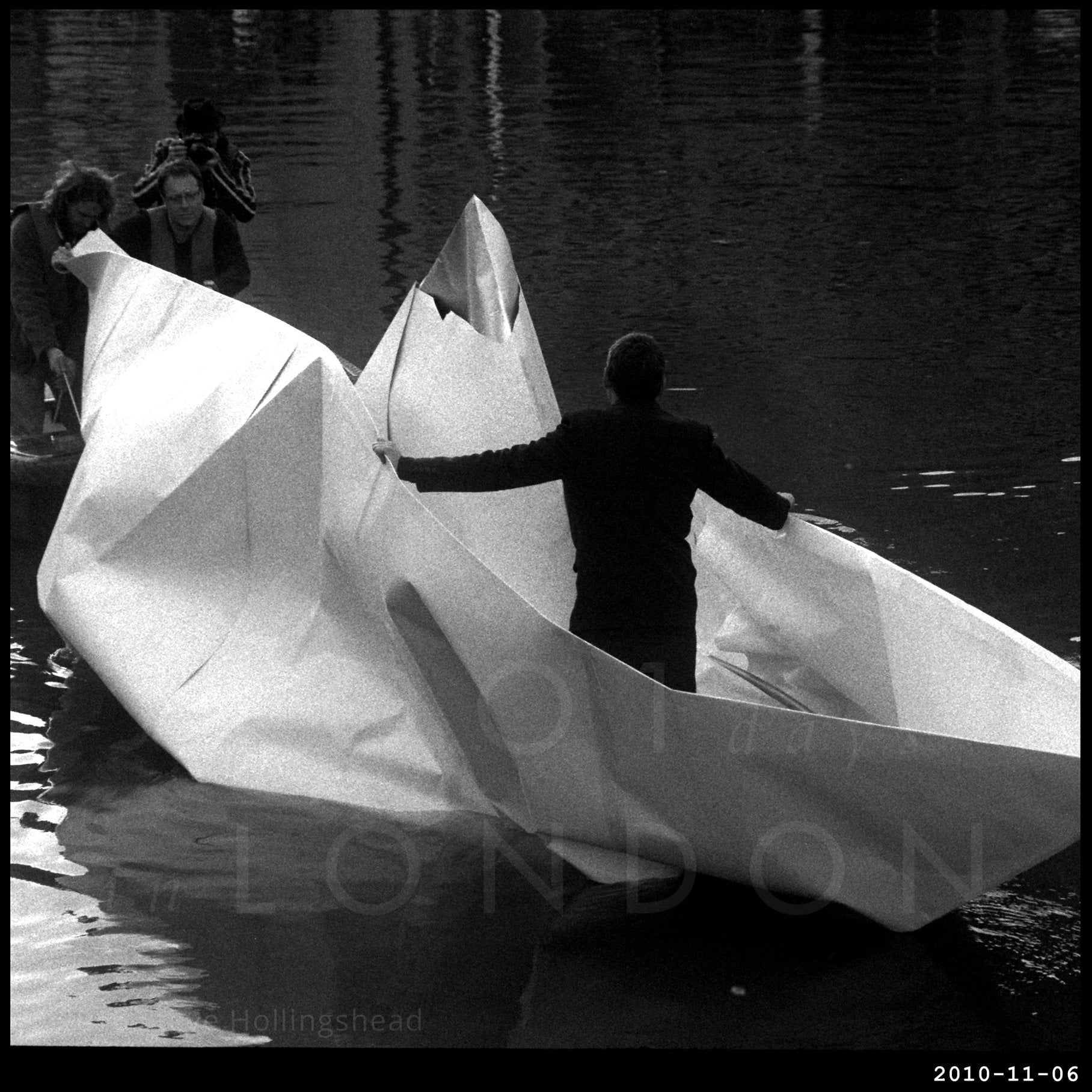 ‘To the World’s End’

St Katharine’s Docks were created during London’s trading boom in the early 19th Century, clearing a large area of mostly poor households in the process. Having been the first to suffer the effects of containerisation in the 60’s, the area was then redeveloped with a very different demographic in mind. 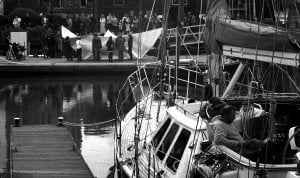 However, things really have come to a pretty pass with the current economic turbulence when residents of the Thames Riviera are forced to trade in their luxury yachts for a cheaper model. Quite a lot cheaper, in fact. 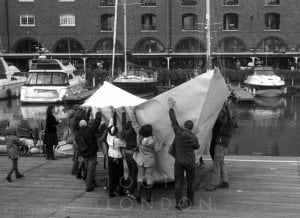 Demonstrating this latest economy approach to river transport is German artist Frank Bölter, whose ‘To The World’s End’ vessel has been made from one very large piece of paper folded into the classic ‘Curious George’ boat – big enough to carry a passenger or two around the docks, in fact – but disappointingly not big enough to include a cocktail cabinet or sun lounge. 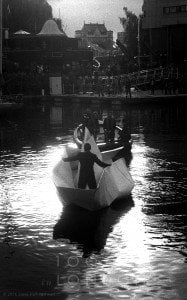 This is all a part of Illuminate Productions’ Drift10 festival (they’re also responsible for Merge, incidentally) – an ambitious collaboration of artists, technicians and the river Thames. And, hurrah, the boat didn’t sink. 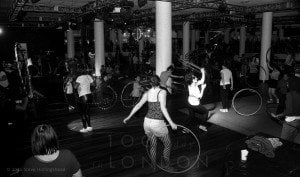 We have to dash off, though, as there’s a bit of a hula hoop extravaganza going on in the Festival Hall (sadly the paper boat is being unfolded by now, so we have to get a bus…): lots of people having a go & then a showcase by those that can do it properly. Obviously would love to join in, but bit of an iffy back, you know… 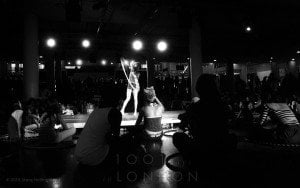