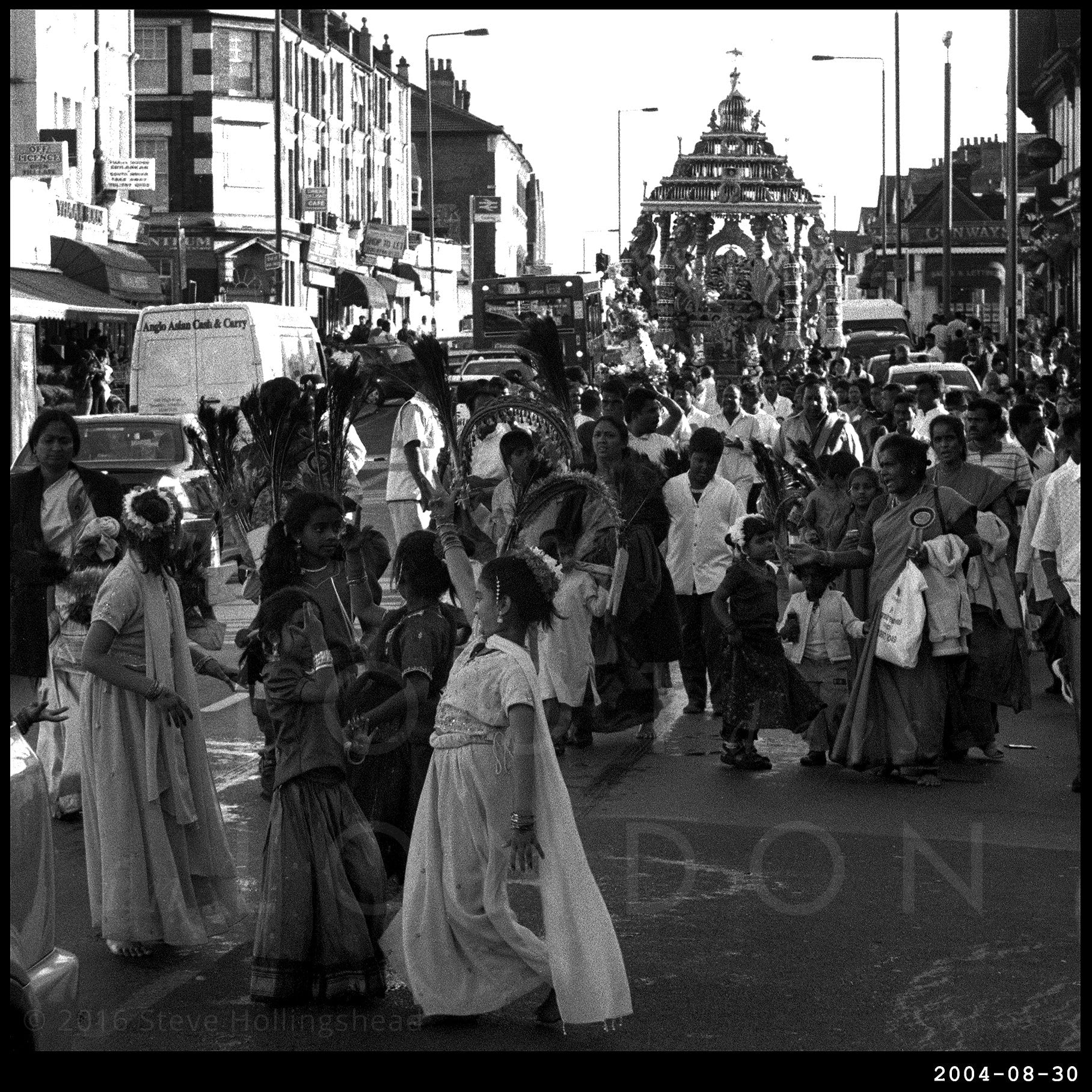 It’s the late summer Bank Holiday, and all the world and his dog are heading to West London for Carnival. The rest of London thus throws in the towel and assumes that if you’re not dancing you’ll be gardening (or similar), so can’t be bothered to organise anything. 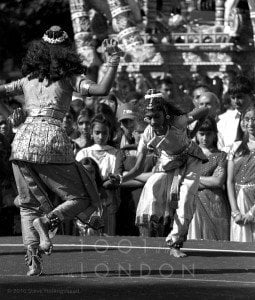 However, if you’re in the Tooting/Mitcham part of the world there is always this event livening up the streets for a few hours. Like the previous post from East Ham, this is the local Tamil community taking its deities out on a hand-pulled ‘chariot’ for a parade around the streets near the temple to receive offerings. Unlike the east London event, however, the Tooting chariot has an afternoon out in the medieval sounding Figges Marsh where there’s a small festival with performance stage and some stalls. 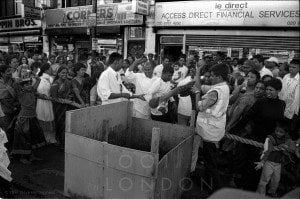 There’s also a great smashing of coconuts en route, but we’ll cover that another time.

Sadly, this magnificent mobile temple was destroyed in an arson attack in 2012, then not long after that, the followers were evicted from their temple (housed in an art deco former RACS building) so that much-needed student accommodation and a hotel can be built there instead. 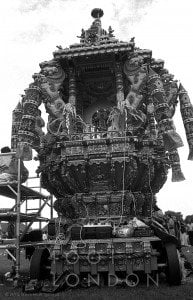 And as we’re just down the road from Tooting Broadway, we get to hear Kitchens of Distinction’s sad little ditty…