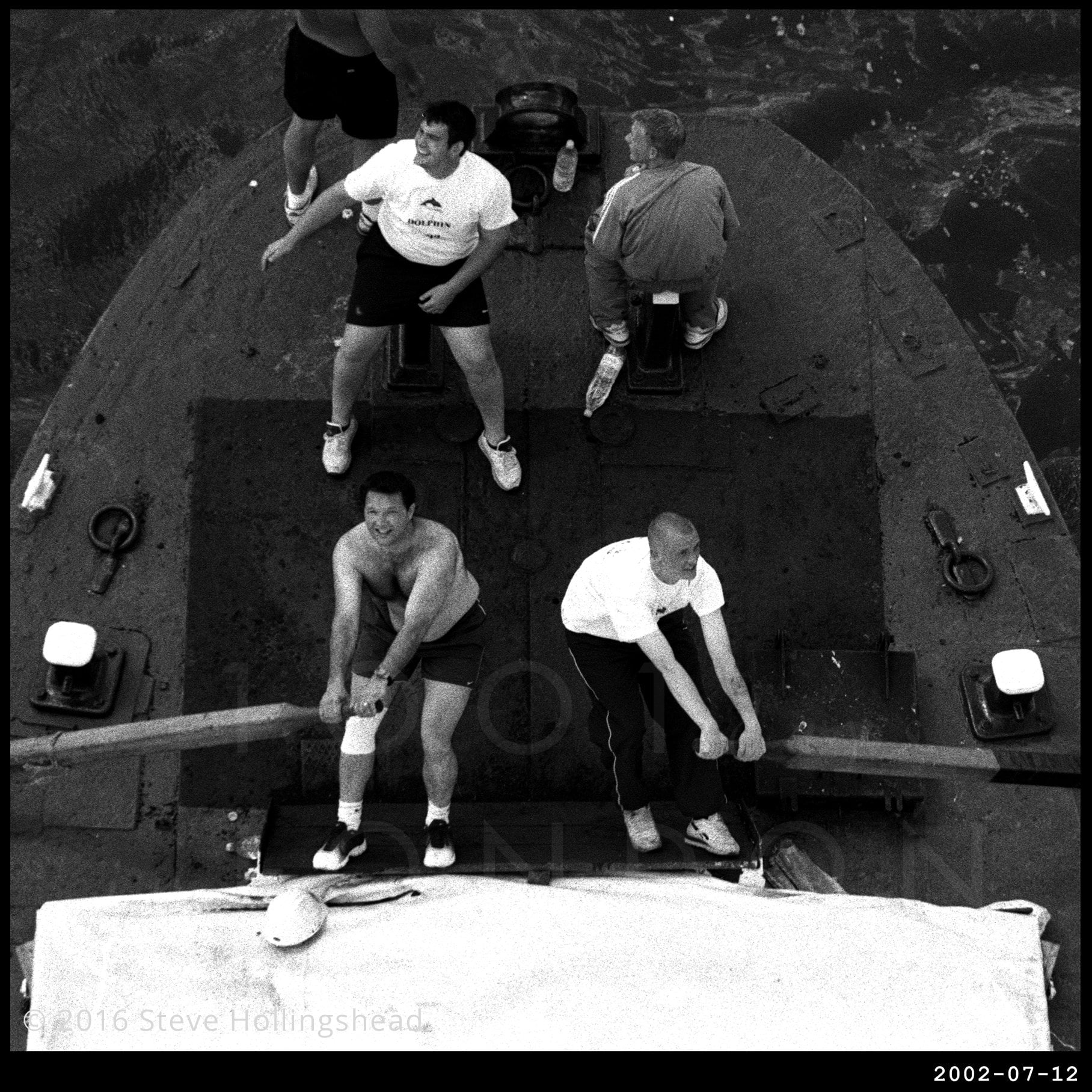 As we all know, the Thames upstream of Tilbury (that’s ‘west’ to you non-nautical types out there) is pretty much a place of relaxation and leisure since the demise of the City’s docklands during the 1970s-80s. There is, however, plenty of activity out there in the way of competitive sports – which you can find out about on the PLA website – be it sailing, rowing, paddling or even swimming.

We’ve already mentioned the Great River Race and Doggett’s Coat & Badge in previous entries – the major difference with this event is that the vessels being raced are for transporting goods (the preserve of the Lighterman) as opposed to transporting people (which is – or was, until all those pesky bridges took away the trade ­– the Waterman’s job). 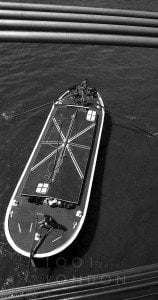 The Tow Barge Race (as opposed to the Sailing Barge one, which is a different kettle of fish altogether) is a gruelling 7 mile slog from Greenwich to Westminster, in which not only do the small teams (with only two rowing and one steering at a time) have to get their 30-ton barge to the finish first, they also have to collect pennants from moored barges en-route (as Ben’s Liquid Highway video illustrates). This has future Olympic Sport written all over it. Or possibly it’s a Knockout (I know, let’s not go there…). 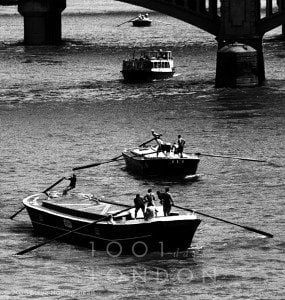 Anyway, there is actually a song about Lightermen, composed for a project about them, which means I don’t have to put this up.