I’m not trying to be flippant here, but there is no doubt some people out there would look upon this image and suggest these ladies were obviously terrorists checking out a potential high profile target. But this was summer 2001 and we were all a lot less paranoid then. They are in fact what are termed ‘tourists’ and I seemed to have become one of them temporarily, having found myself crossing the London Bridge (we don’t count that other one) during the process of a lifting to allow something tall and unseen pass below. 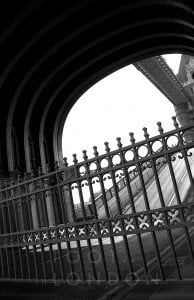 A masterpiece of Victorian mechanical engineering built at a time when access to the south of the river was much more important for commercial reasons than for pleasure, the redevelopments south-side over the past 25 years has at least giving these travellers a good reason to experience and cross the bridge (whereas before, all they’d come across would be working docks). 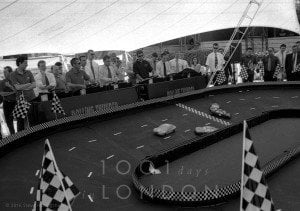 And the reason for this journey? Nothing more exciting than the quarterly trip into the City for the regular humiliating lunch with the accountant, and making the most of the opportunity to catch Citifolk At Play, coming across chaps (almost) in suits enjoying some big-boy version of Scalextric and an even bigger boy version of chess. 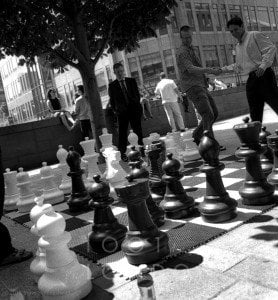 And the video for this has Tower Bridge in it, which is good enough for me, even if the band are from Swindon.