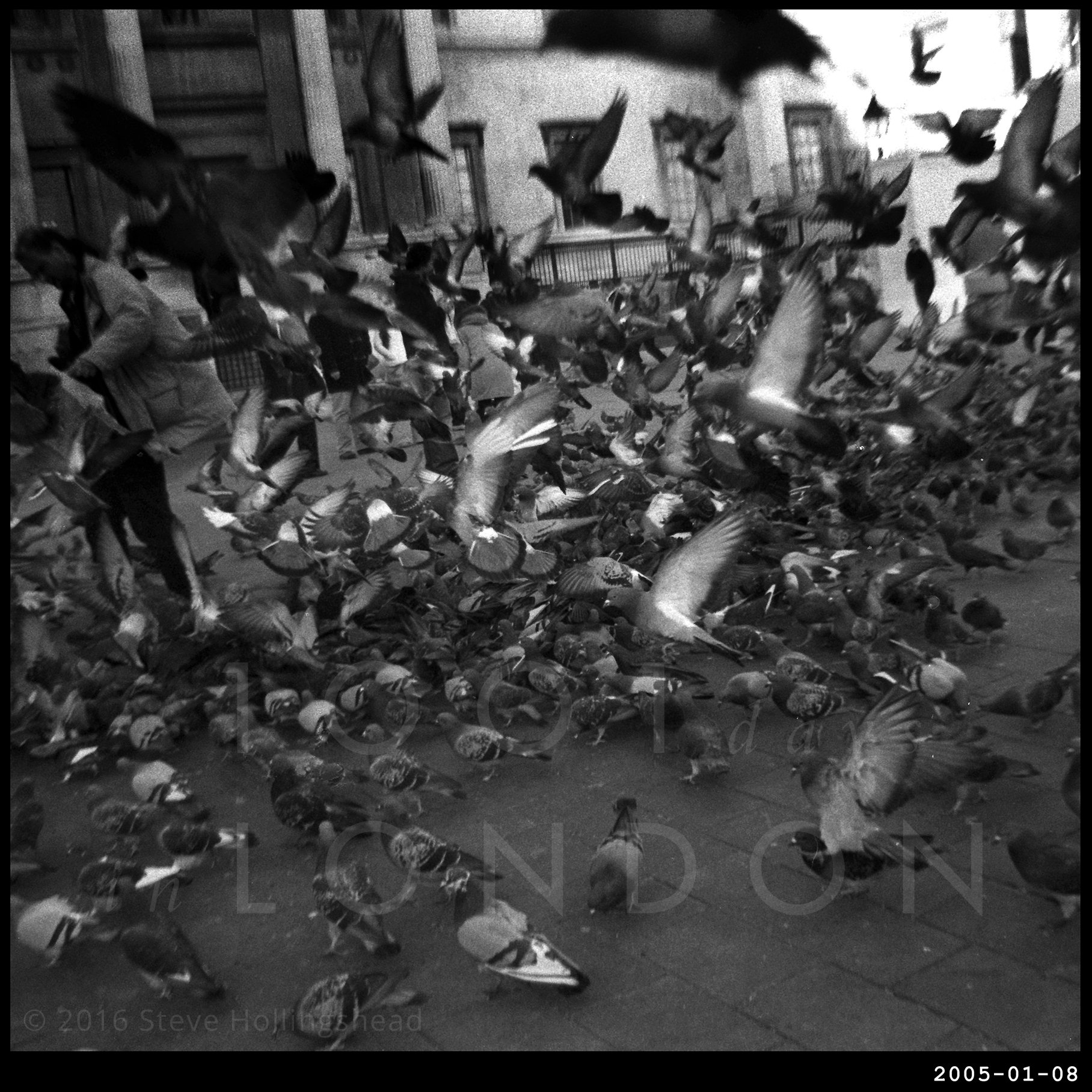 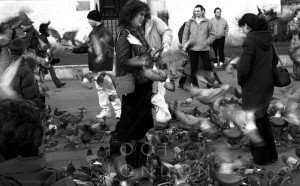 The sheer number and variety of events and activities that have regularly filled Trafalgar Square over the past few years are an explicit vindication of Ken Livingstone’s (at the time) less than universally popular decision to pedestrianise the north side of square [as demonstrated by the frequency in which it features in this project].

Closing off the traffic was just one element of the grand scheme to re-establish the square as the social heart of the city, however. The other challenge Livingstone had to take on was that of the square’s famous pigeon population, which, despite their popularity with tourists, didn’t fit in with the vision of a clean, modern multi-cultural venue. And they created a lot of expensive mess. So they had to go. 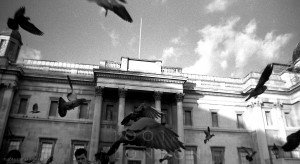 Naturally this didn’t go down very well with the bird loving community, especially after Livingstone apparently reneged on a promise to allow a gradual reduction in numbers by making it illegal to feed the ‘rats with wings’ [and any comparison between this lady and this one is purely coincidental] 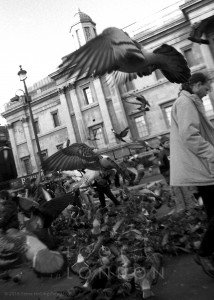 However, this corner of the square comes under Westminster jurisdiction, not the GLA’s, so, for a year or so at least, it was possible to create something of a feathered frenzy by unloading bag loads of grain in front of the National Gallery. 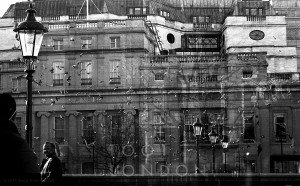 That loophole was eventually closed, and now, for better or worse, the square is a mostly pigeon-free zone (and this fellow probably helps a bit too).

And you really wouldn’t have thought ‘Pigeon’ was a particularly rock’n’roll moniker for a band, but here they are with something quite racy [sorry…].