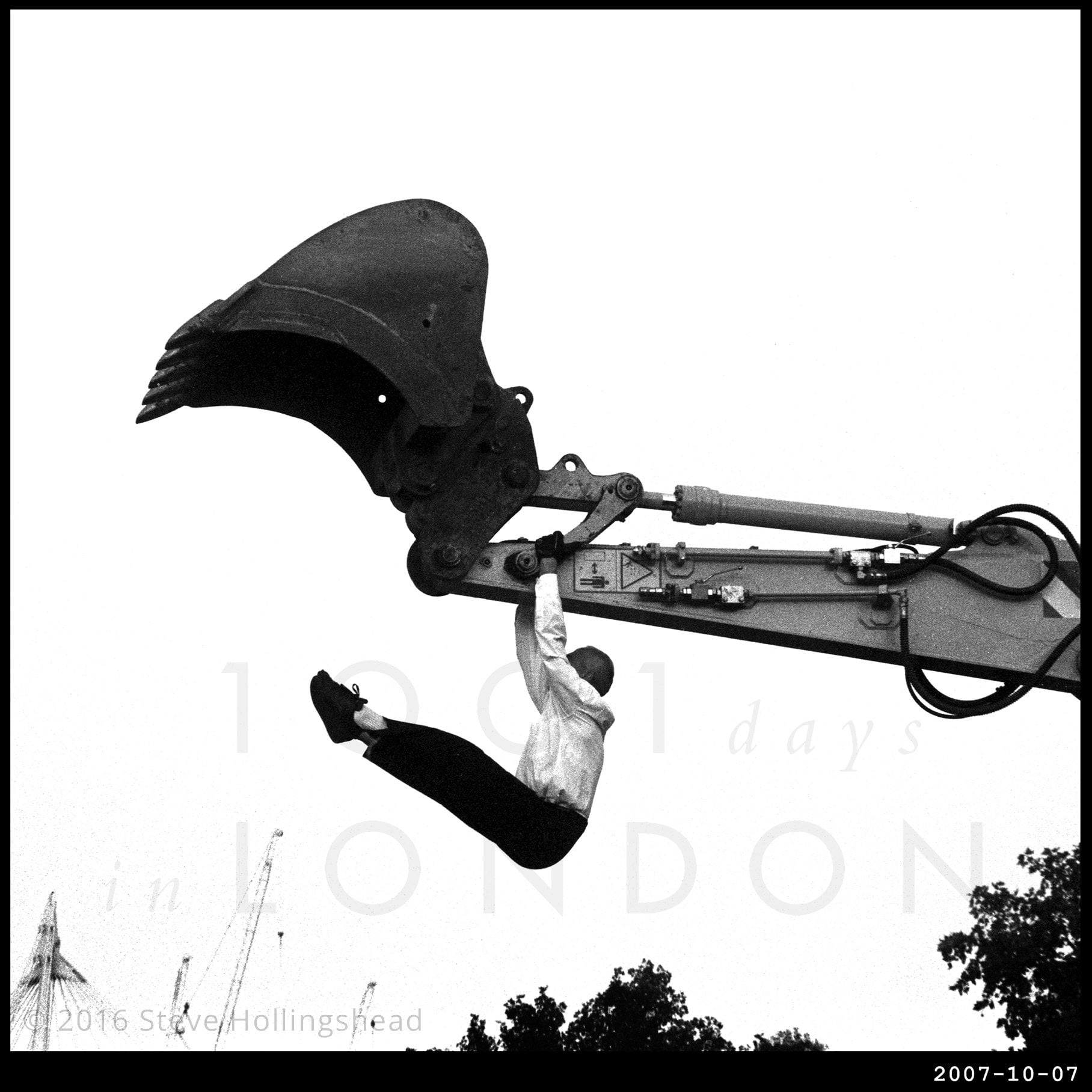 Fans of Douglas Adams’ meisterwerk ‘Hitchhiker’s Guide to the Galaxy’ will be reminded here of Arthur Dent’s ultimately futile battle with the relentless forces of ‘development’ as he puts his body in the line of heavy machinery to protect his home. 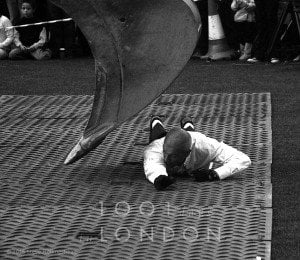 And though the organisers of this performance wouldn’t have been aware of it [not surprisingly considering it all happened a few years later], this could symbolise a similar protest – the ‘battle of Waterloo’ – over plans to redevelop the iconic Shell Centre buildings immediately behind the venue. Which proved to be equally futile. 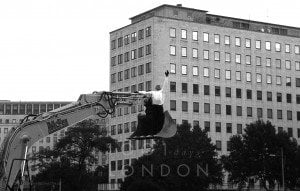 This is ‘Transports Exceptionelles‘: a Pas de deux avec une pelleteuse (that’s an excavator in case you couldn’t tell) by the French choreographer Dominique Boivin as part of 2007’s Dance Umbrella. Beautifully graceful and quite moving (no pun intended) it may or may not have inspired Rio’s Paralympic opening ceremony piece by Amy Purdy, but you can see the connection. 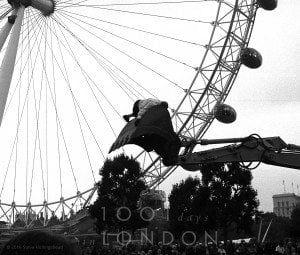 Of course you don’t necessarily need humans to create art with excavators, which are obviously quite the versatile piece of equipment.

Another Dance Umbrella piece from that season was Paul-Andre Fortier’s ‘Evolution of Dance’ in Liverpool Street Station – not to be confused with Judson Laipply’s somewhat more familiar exploration of the same theme.