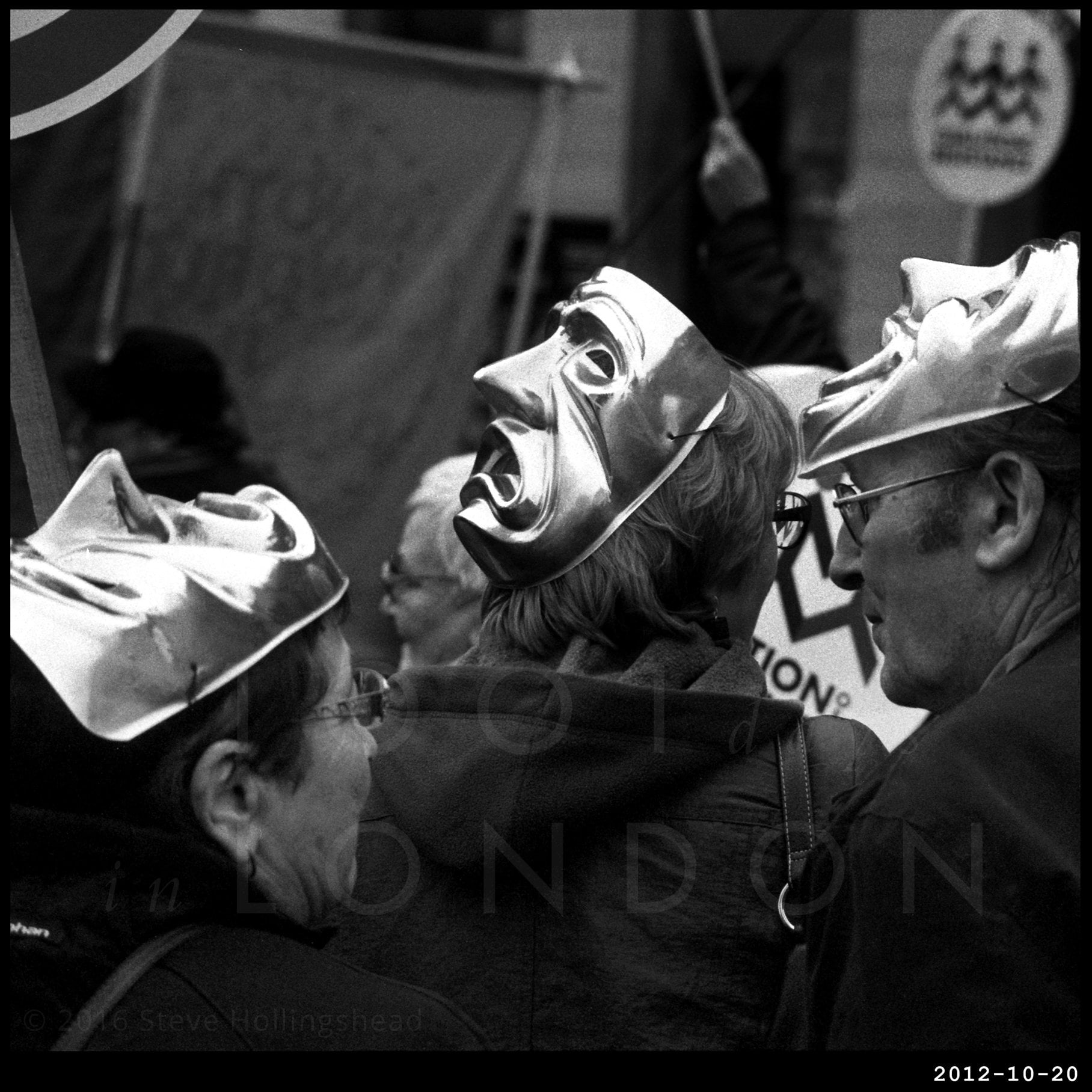 Well that Post-Olympic Feel-Good Factor didn’t last very long, did it? Just over a month after Coldplay sent everybody home from Stratford happily humming something or other, the massed ranks of the hoi polloi were gathering along the riverside to demonstrate their ungratefulness at the fair minded and generous treatment they’d received from our benign government since it decided everyone should share the blame for the banking collapse a few years earlier (except the bankers… and their mates…). 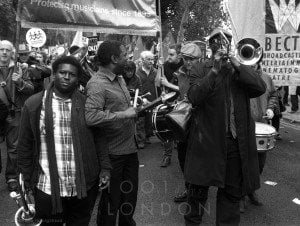 As usual with these gatherings, nobody has the faintest idea of exactly how many people are actually participating, especially when you’re on in the middle of it all, but by my rough barometer based on how long it takes to shuffle your way down the length of the Embankment to Westminster, this counts as one of the bigger ones. 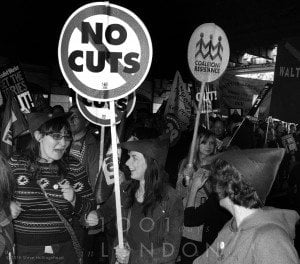 And we seem to be in a fairly cultured section in our little zone: those with the masks are from Equity, promoting their Invest for Success campaign; and around the Musician’s Union banners are, um, musicians. 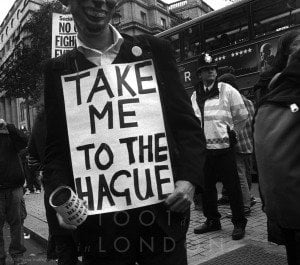 The folks with the fetching (green) felt caps are supporting the Robin Hood Tax, obviously, and the ‘Hague’ image gets included mainly for the relaxed looking policeman seemingly unconcerned that Bruce Willis is about to blow his brains out. 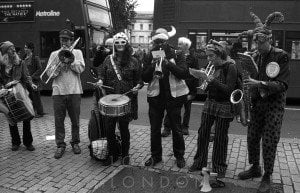 And giving their support from the sidelines are the stalwarts Les ZoIngs, who provide their unique sound no matter how inhospitable the conditions.