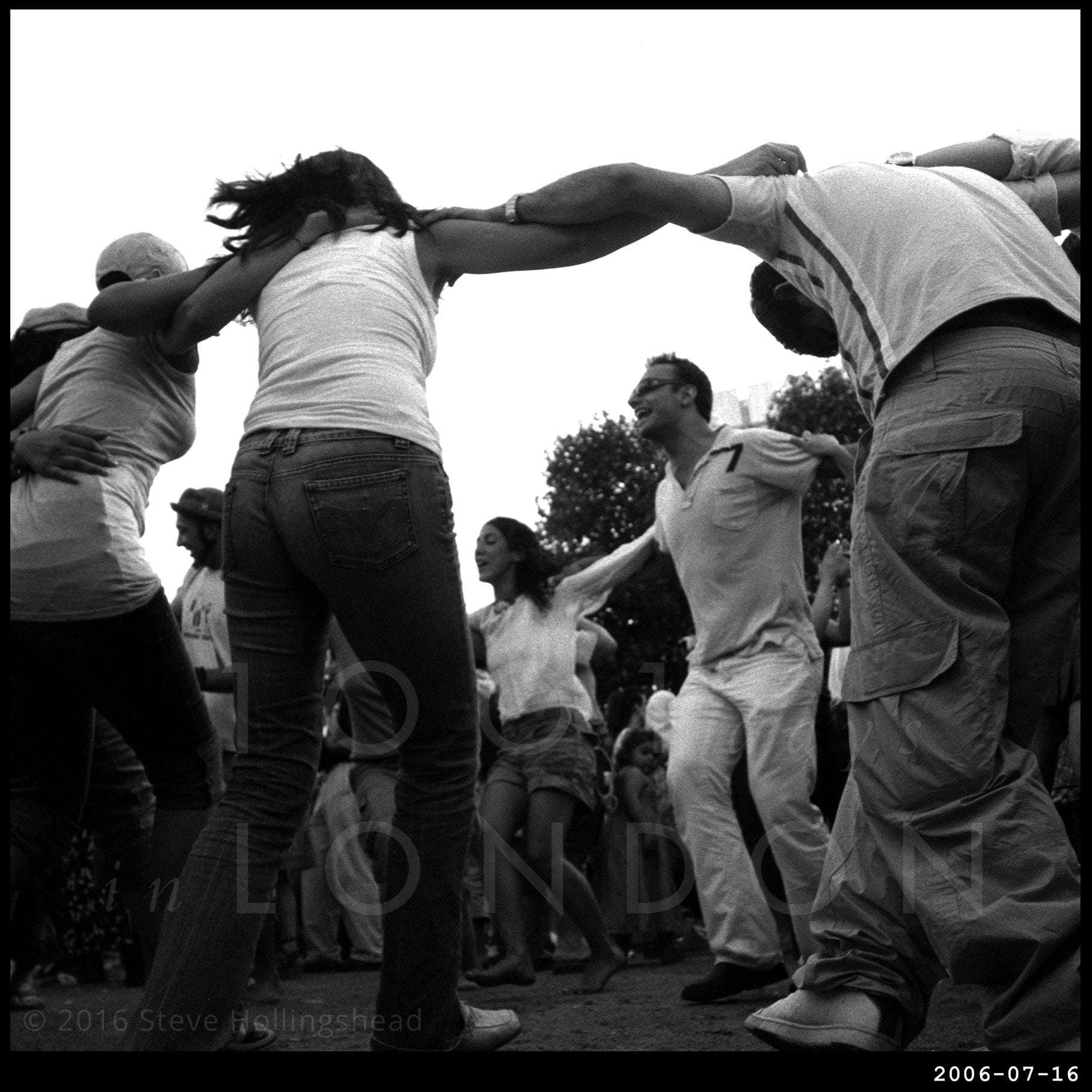 There’s a large community of Turkish people in London, a majority of whom tend to inhabit the Stoke Newington/Green Lanes part of the city, where the annual Anatolian Festival takes place. That event reflects a more traditional version of Turkish Culture. Here on the South Bank this festival, promoted by Turkish Forum UK, is evidently more appealing to the younger, more cosmopolitan members of the community. 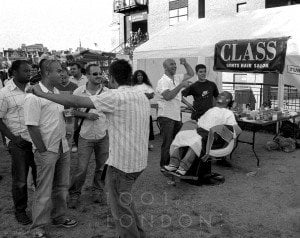 We’ve already been to Bernie Spain Gardens with a Coin Street Festival event, so don’t need to go over its history again. This particular gathering is the third occasion the Turkish have brought their food, drink and music here (and today have also brought along a barber for good measure), and they’re well up for a dance to celebrate. 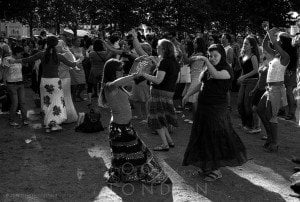 Now, everybody is familiar with bellydancing (I know, it’s not strictly a Turkish dance), and there are traditional dances similar to others of the region, but Kolbasti is something else – traditionally a Black Sea dance that seems to be gaining popularity with the country’s youth (although there are other dance styles that seem to resonate with all ages), even within London’s second generation Turkish community, it seems.