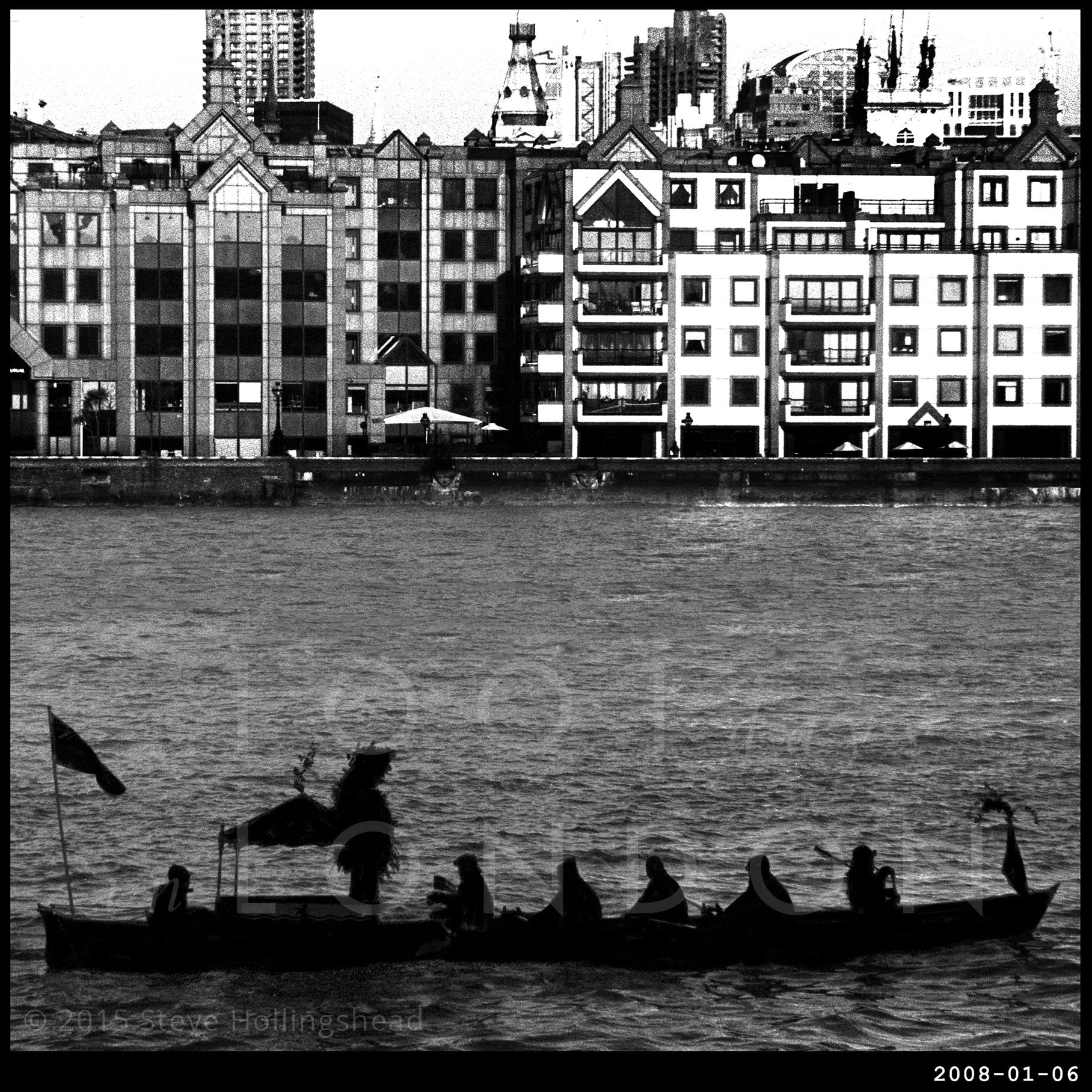 Sort-of topical, this one, except today we’re marking the end of the Christmas marathon, whereas out there (for some of us at least) it’s only just getting into full swing (or, if you happen to be coming across this in the middle of the year, it’s probably just got started).

This is the Lions part just about to get their annual Twelfth Night celebrations under way with the arrival, on a traditional Thames Cutter, of the Holly Man (the prickly looking character standing up, obviously).

This intrepid (and possibly foolhardy) collection of performers have been presenting this extravaganza, along with their autumn October Plenty Festival, since time immemorial (well, for over 20 years anyway), and not surprisingly feature more than a couple of times in this overall presentation, so I won’t say too much about it here. 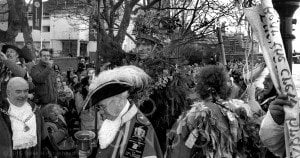 Anyway, once the Green Fellow is safely on dry land the merriment can begin, traditionally with a few wassails, followed by the presentation of a Mummer’s Play, the crowning of the King Bean and Queen Pea and then a procession to the historic George Inn for more dancing and drinking and such stuff. The full experience can last at least a couple of hours, so a hip flask is recommended. In fact bring two, as it can be a bugger getting served in the pub afterwards.

And here’s a bit of wassailing from some popular music combo to get you in the spirit.