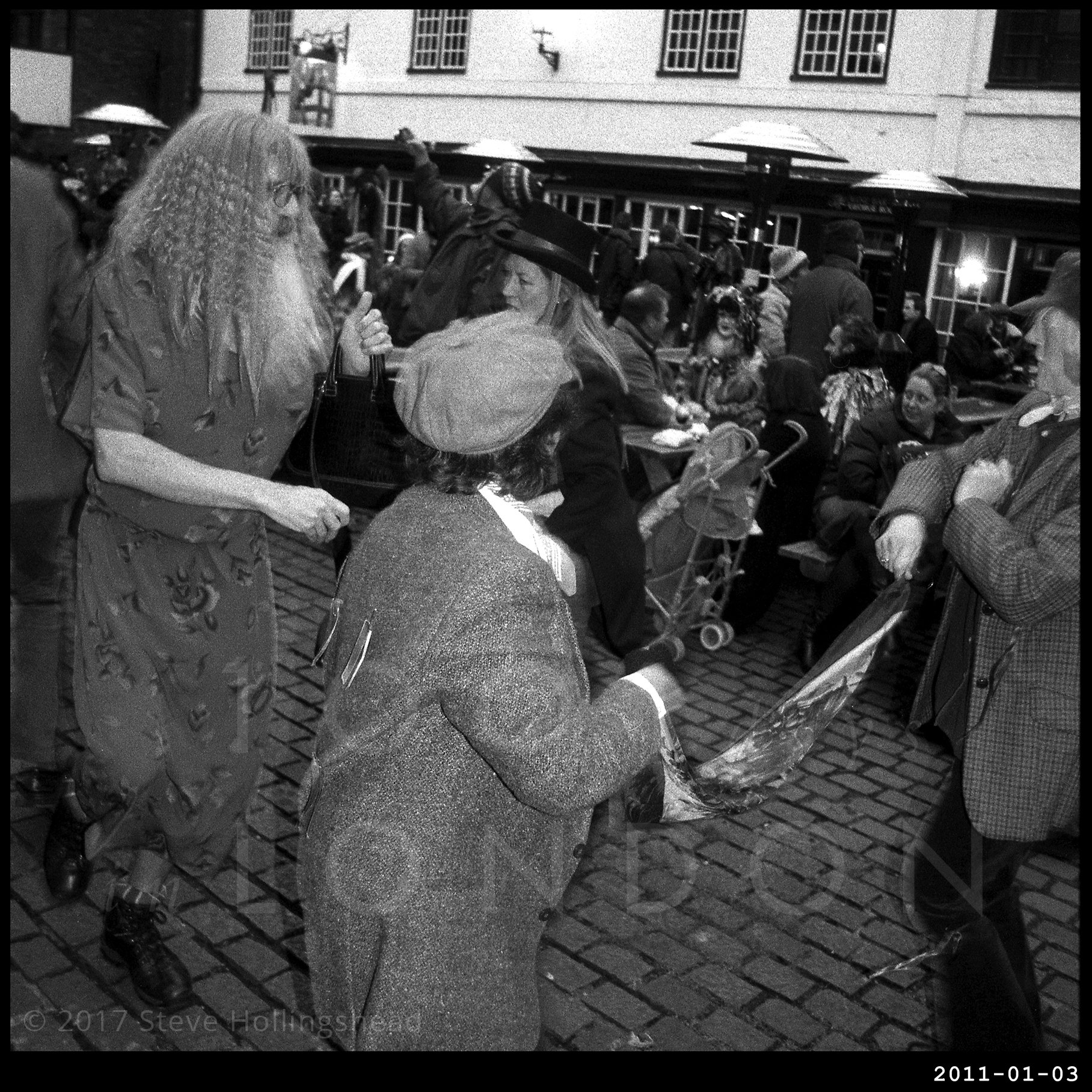 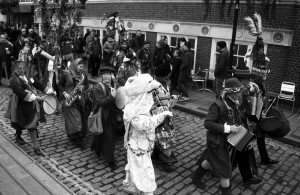 Well, that’s it then: after two months of progressive hysteria, financial irresponsibility and forced merriment, the madness that is Christmas/New Year finally implodes into its excessive climax and everyone can now relax and enjoy the real winter pleasures of gym membership, tax returns and Dry January. Well, almost…

Christmas proper of course doesn’t end until Epiphany, or Twelfth Night, and since the mid-1990s the Lions part company of actors and musicians [yes, we do see a fair bit of them in this project...] have been giving the season a rousing send-off in traditional style from Bankside to ever increasing crowds of revelers/refuseniks intent on milking the most out of the festival. 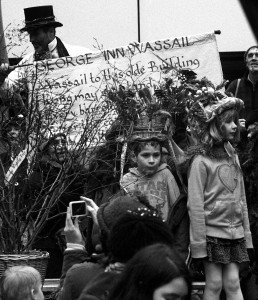 And as (recent) tradition dictates, following the arrival of the Holly man, the performance of the mummers play and the wassailing, the Company lead the audience through the back streets of The Borough to the historic George (Inn) for more frolics and much needed refreshment. Possibly alcoholic. 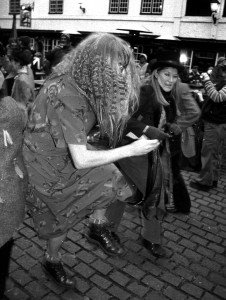 So, while the mummers put their weary feet up, the Mollys take over, for what technically should be some Plough Monday dances, but seeing as you don’t see that many fields in The Borough these days, we get to see them today.

This team are from Fowlers Troop – more usually recognised for their annual May Day revelries – and appear to have avoided any misunderstanding/controversy by not applying the traditional ‘disguise’ that seems to cause grief for some of the other groups keeping the custom alive. 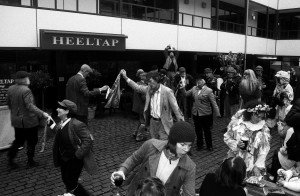 This lot seem to have circumvented the problem in a most creative style, whilst here we have some very hardy participants, and here’s what they get up to way beyond Zone 6.

And here‘s a song written by the Bard himself…