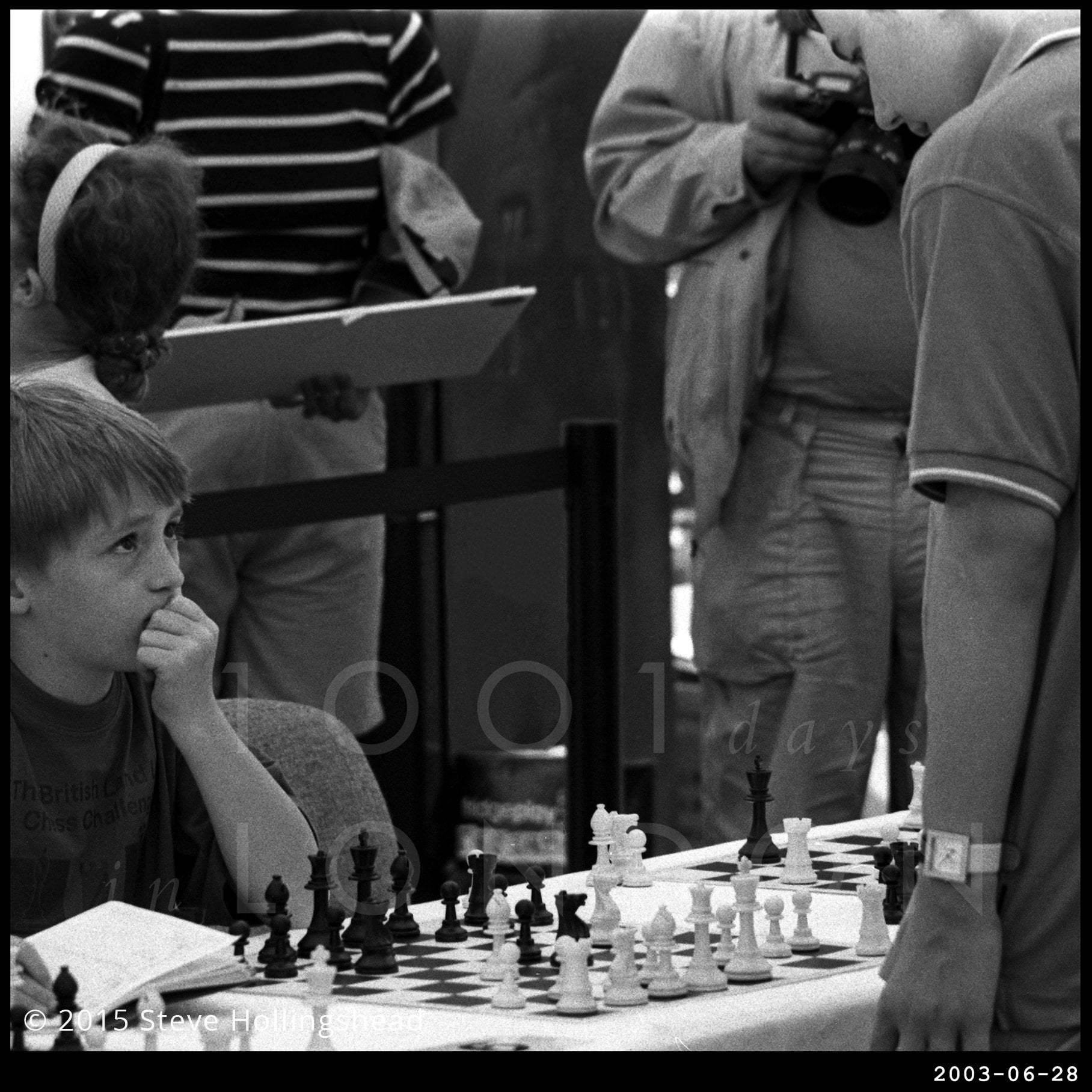 The look of trepidation says it all. Our young enthusiast on the left is taking part in one of those chess exhibition challenges in which any dream of ever achieving anything in the game is soundly quashed by an equally young genius, nonchalantly taking on about 20 challengers at a time and comfortably beating them all (mostly).

The fact that the genius in question here is Ukranian-since-become-Russian Sergey Karjakin, already a Grandmaster here at the age of 13 (& who still holds the World record as the youngest ever), probably makes such a defeat much easier to take. Karjakin won the Chess World Cup in 2015, so that should make them all feel a lot better.

Anyway, we are here at Somerset House – once a Tudor Palace (demolished in 1775), & more recently home for HM Inspector of Taxes, now a little cultural micro-climate off the Strand – and today they’re showcasing the final of the year’s UK Chess Challenge – a competition involving 66,000 children from 2,000 schools (not all on the same day, obviously) and very heartening it is to see how popular the sport is amongst Britain’s youth. The subject seems to be popular with animators, as well. 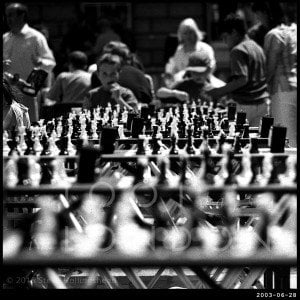 Oh, and here’s the alternative picture that was nearly used for the exhibition – human interest winning out over abstract arty option after some deliberation. And some cool jazz to go with it.