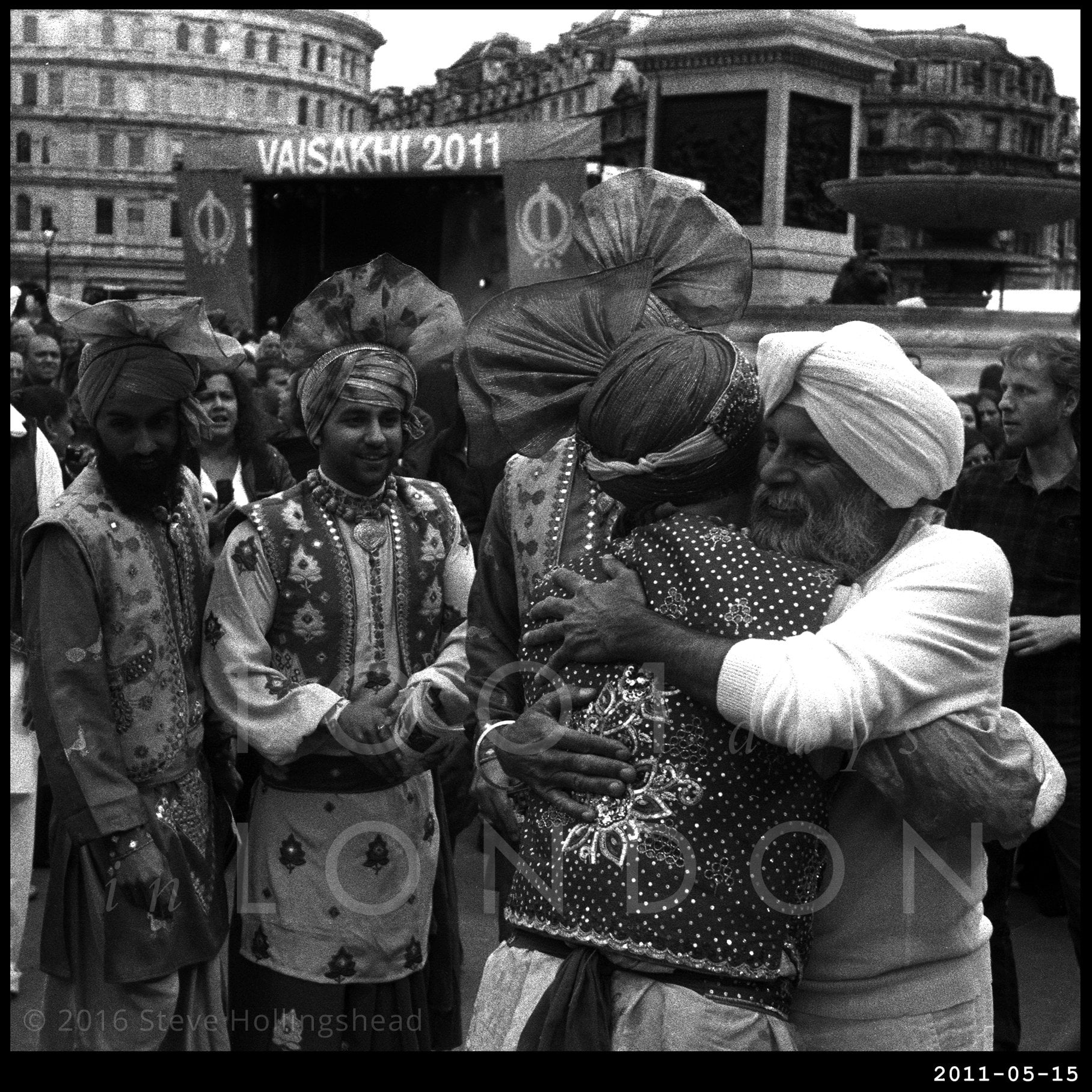 Vaisakhi In The Square 2011

It’s interesting that this event took place in the middle of May, whilst Vaisakhi (or Baisakhi, which shouldn’t be confused with Boishakhi which is Bengali New Year) – the Punjabi Harvest Festival celebrations actually takes place a month earlier. Then again, Trafalgar Square does gets quite booked up around this time of year, and the celebrating crowd here have themselves been busy marking Vaisakhi with some epic nagar kirtan processions during the previous few weeks in East Ham, Woolwich, Hounslow and particularly in Southall [and, yes, we’ll be attending a few of those later as well].

So, the Punjab (‘the land of the five rivers’), as well as being a popular restaurant in Covent Garden, just happens to be a region South Asian part of which is in Pakistan and part in India (There’s lots of historical stuff on Wiki, if you’re interested). It’s also the home and birthplace of the majority of the region’s Sikhs, and for the Sikhs Vaisakhi is mainly a religious festival, commemorating the origins of the Khalsa over 300 years ago. 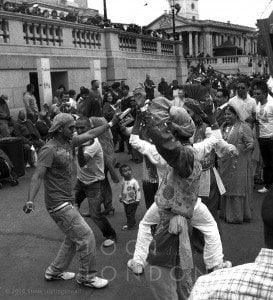 Sikhs are proud of their warrior heritage, and integral to their celebrations are mock battles and Gatka demonstrations with their traditional swords (Kirpans). And, of course, there’s plenty of drumming and dancing (and comedy? Well, this went down well…). And we need a song (with some awesome shirt changes)…