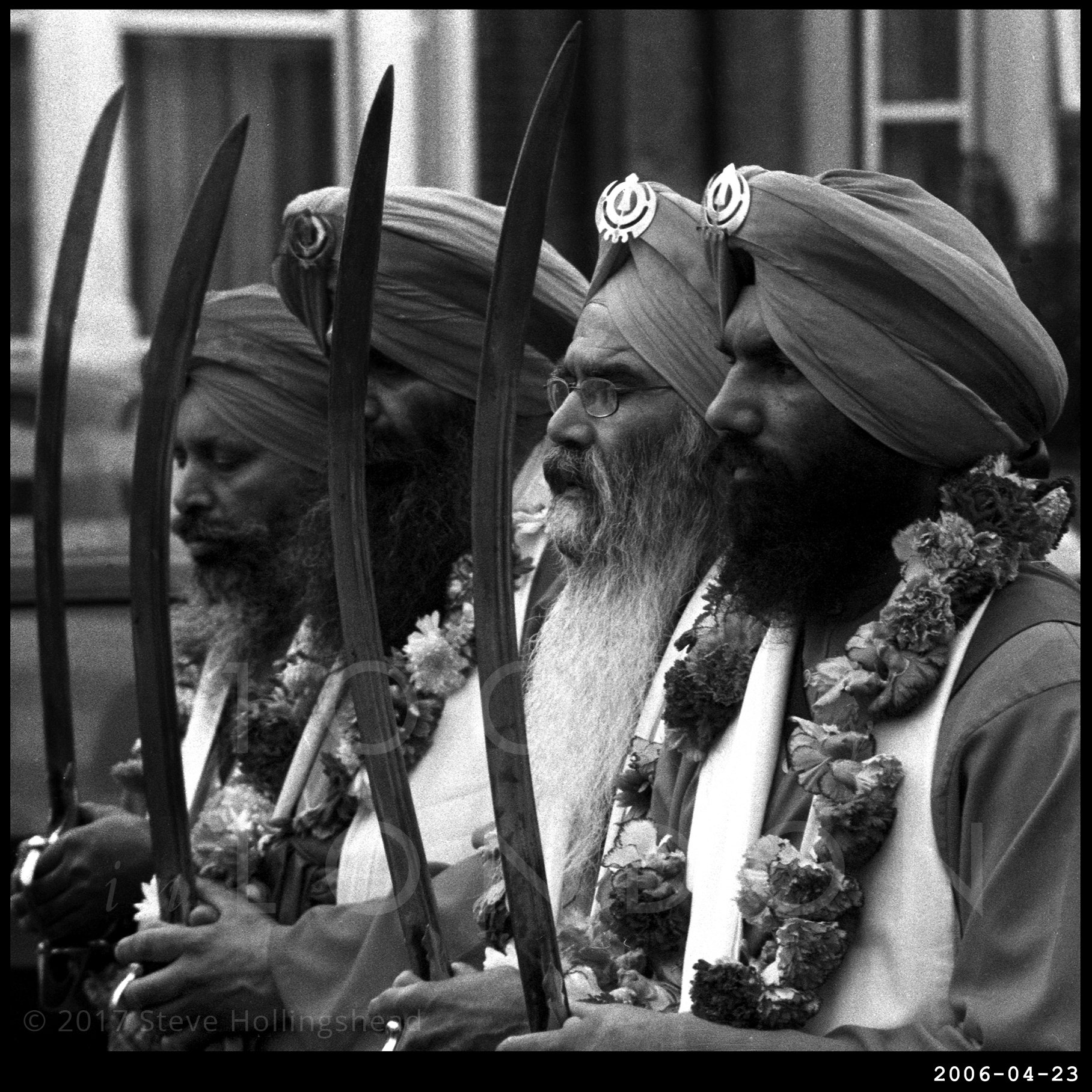 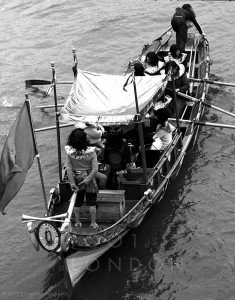 It’s not often you’ll find Cleopatra, Marlon Harewood and a procession of sword-wielding Sikhs mentioned in the same breath, but they all play a significant part in today’s events, admittedly not at the same time. 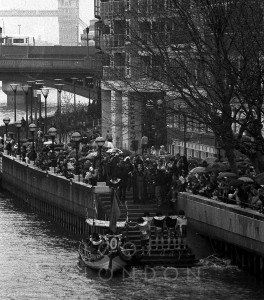 Anyway, it’s St George’s Day, which, as everybody ought to know, is also Shakespeare’s birthday, for which Bankside’s Globe Theatre usually likes to put on a bit of a celebration – and this year they’ve invited Cleopatra along for a Roman themed open day (tying in with the year’s season of plays, naturally).
However, having hung around in the rain for ages to see her boat arrive, rowed by some very dodgy looking Egyptians in wigs, we decide to avoid the massed crowd of umbrellas piling in to the theatre space, and head instead for Manor Park – as you do – to catch East London’s Sikhs having their annual Vaisakhi procession down the Romford Road. 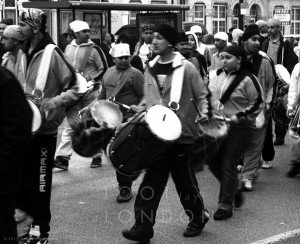 We’ve covered Vaisakhi before, and though it’s not quite in the same league as the Southall version, it’s still a pretty colourful event, despite the persistent drizzle. There’re free ice creams, as well. 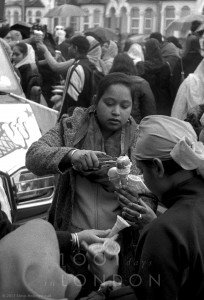 It also usefully happens to be taking part deep in West Ham territory, and the next task is to find a pub with a decent crowd of locals to catch the FA Cup semi-final, which is where Marvellous Marlon steps up to the plate [let’s just not mention the final, though, eh?], so the local streets have this sort of vibe afterwards…