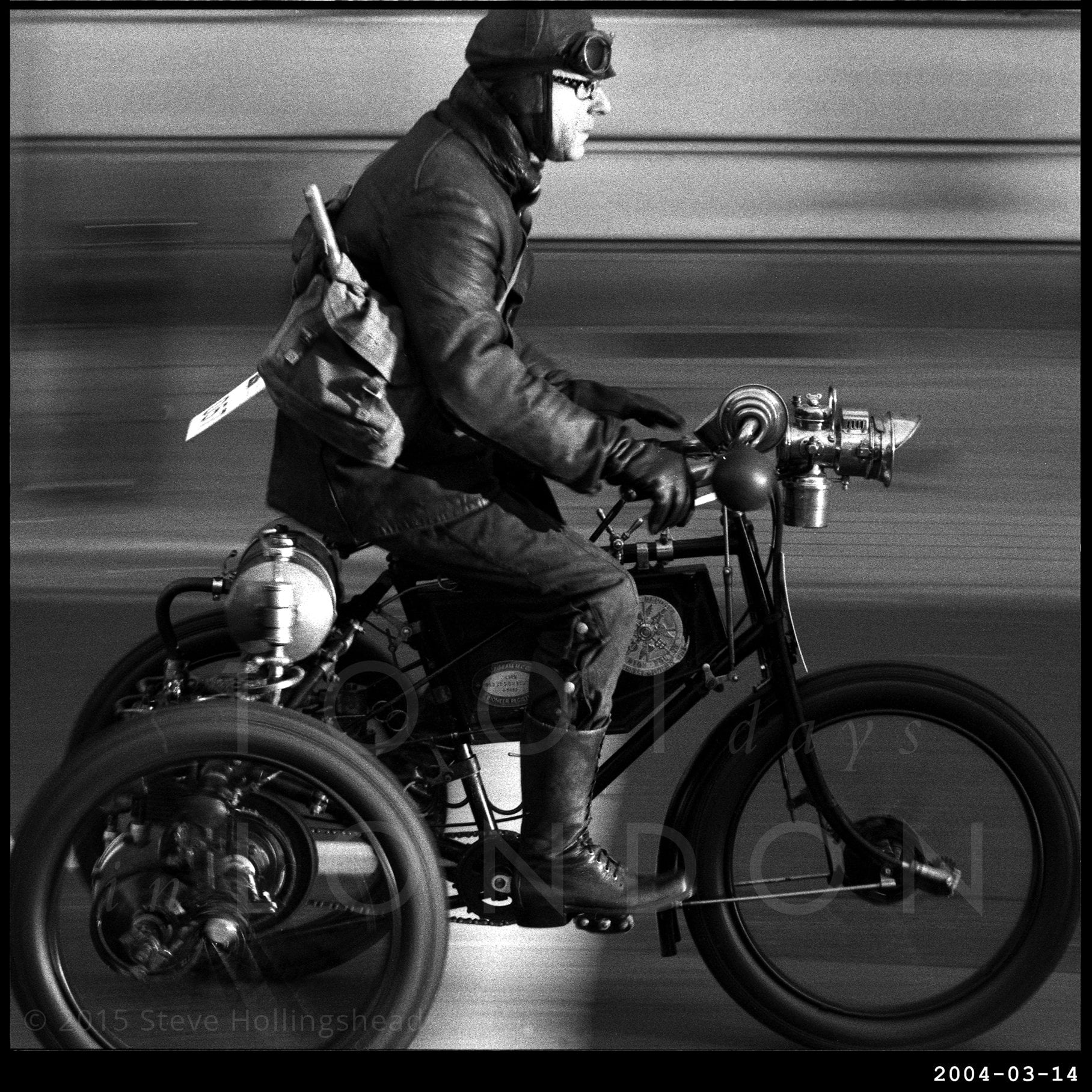 This event would make so much more sense if it was held during the summer: you’re driving in open topped vehicles, you’re going to the beach, and you have to leave London so early there’s minimal amount of traffic disturbance when the inevitable breakdowns occur. But hey-ho, it’s booked for November – when the weather’s bound to be lovely – then, so be it [and this is their excuse…]. 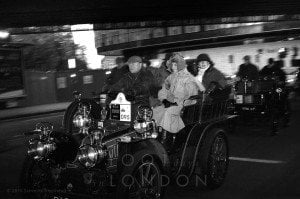 What we’re at, of course, is the annual Veteran Car run, which began as the ‘Emancipation Run’ way back in 1896 (the concept of ‘veteran’ cars understandably not making much sense at the time). It really got going as a regular jaunt in the late 1920’s. 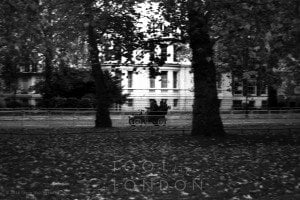 The early days of the motorcar coincided with a great enthusiasm for all things mechanical and fast, as exemplified by the proto-fascistic Fururists and precocious young society photographer Jacques Henri Lartigue. 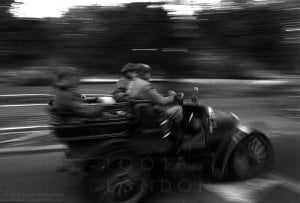 To get something of a Lartigue-feel with this event, the trick is to take the photo on a slow-ish shutter speed and move the camera along with the subject as it passes. Get it right and you have a pleasing background blur whilst your subject stays in focus. 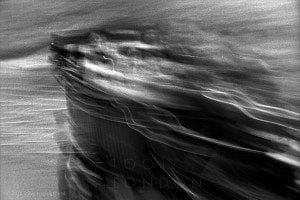 With a slightly slower exposure your subject becomes interestingly dramatic as well, giving a greater sense of movement; go much further and you could possibly end up with something scarily gothic, yet eerily compelling like this…

Anyway, back to the point of it all… so why did they all go to Brighton? Well this is why apparently.