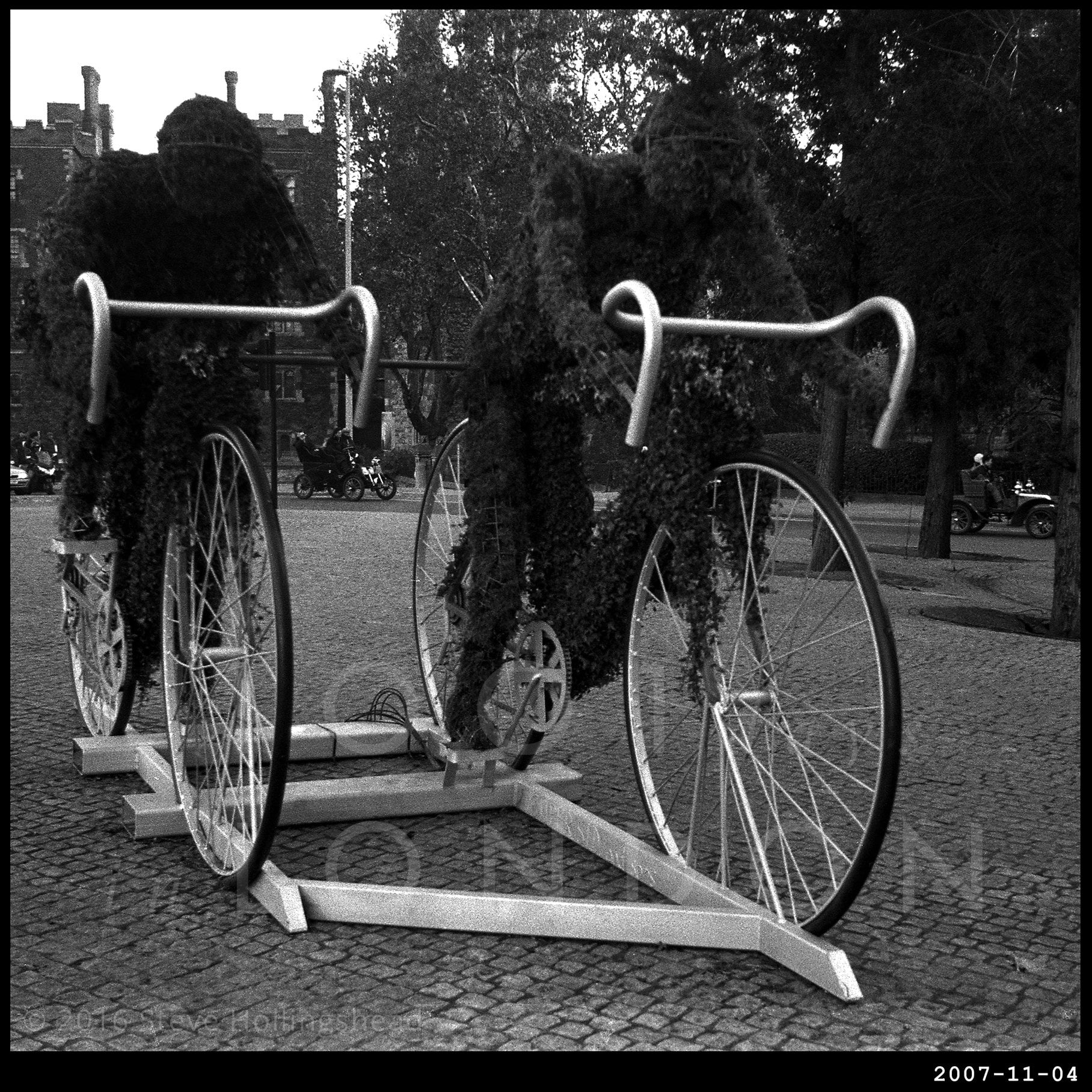 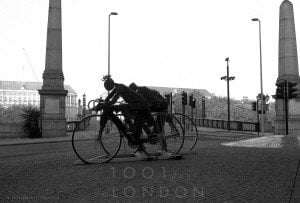 No these aren’t a couple of unfortunate racers who misguidedly decided to take a shortcut through a privet – this is in fact a rather striking topiaric (if such a word exists) sculpture to celebrate London hosting the start of the 2007 Tour de France (although technically the race started in Greenwich). 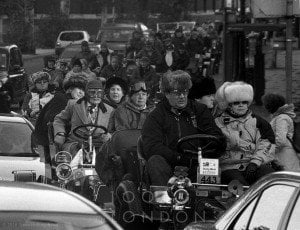 Possibly they were placed here because of the local association with Canterbury (the stage destination), for this is the very ancient London bolt hole for its Archbishop, who somewhat rashly built his Palace here at a time when this area was pretty much all marshland. The important thing was that it was close to the Palace of Westminster, the only link to which for centuries was a dubiously unsafe looking horse ferry, which landed pretty much where Lambeth Bridge is today. 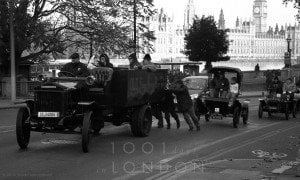 Anyway, between the bikes and the Palace you’ll be able to make out some of the only slightly less ancient vintage cars chugging past on their annual jaunt to Brighton – some of which already finding the (really quite gentle) incline to the roundabout something of a challenge. 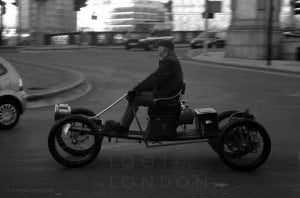 Meanwhile, the cyclists have since been relocated to the charming Archbishop’s Park just behind the Palace; here’s a bit of footage of these same vehicles as the pass through sleepy Croydon; here’s some footage of probably the same cars almost 40 years earlier; this is a bus exploding on the bridge and here’s a taste of some contemporary local youth culture chillin‘..