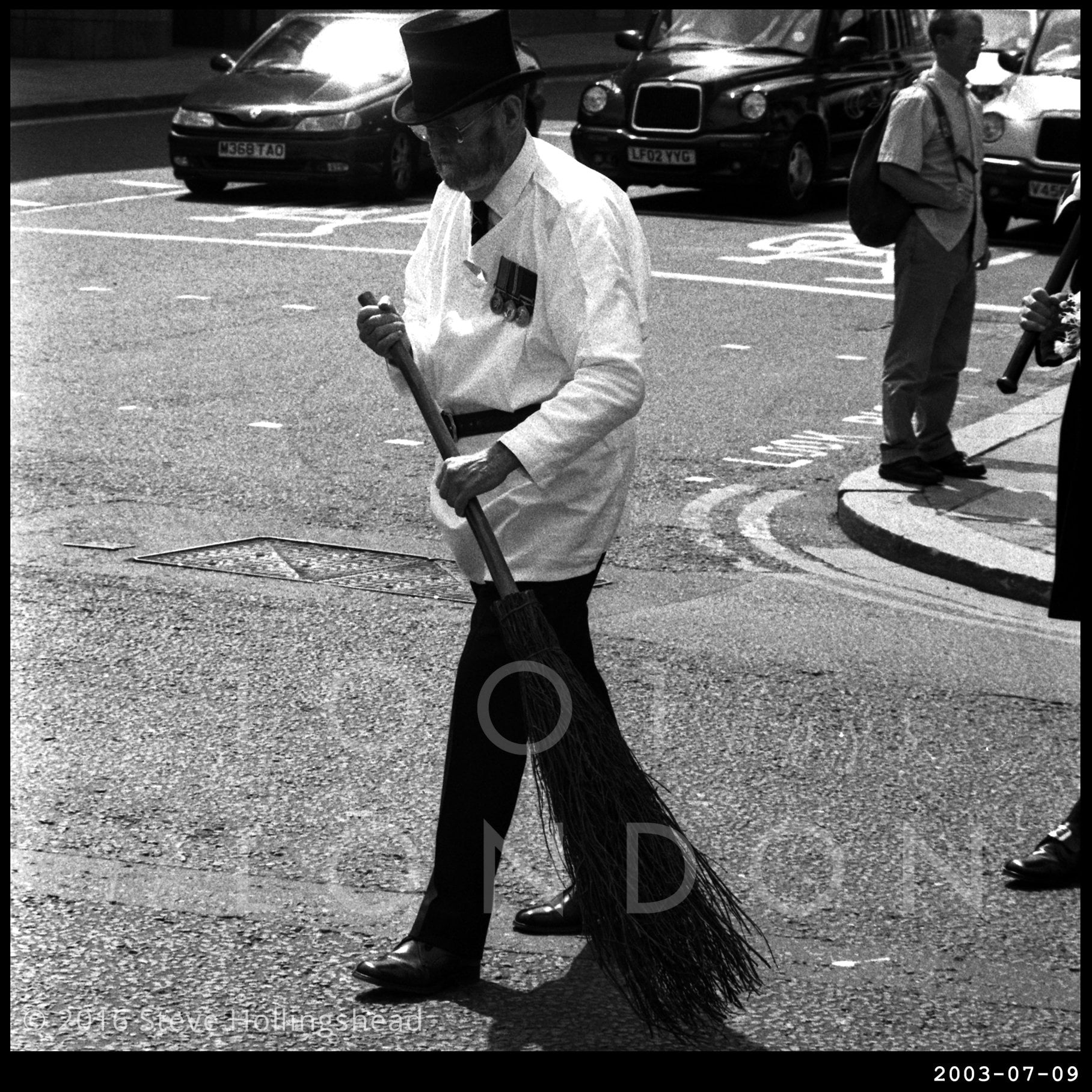 Today we have another of those grand traditional London Ceremonies that hardly anybody is aware of, let alone experiences. We’re outside Vintners Hall, on the edge of the City by Southwark Bridge, where close proximity to the river has naturally been very useful to the Worshipful Company of Vintners over the centuries. 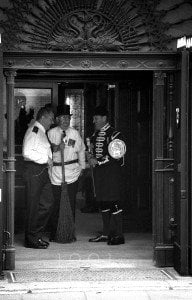 The Vintners are one of the Twelve Great Livery Companies of the city and have been around for over 650 years [so how come the rest of us had to put up with Blue Nun and Piat D’or for so long?], and as recently as 2006 had the right to sell wine without a licence in certain premises. 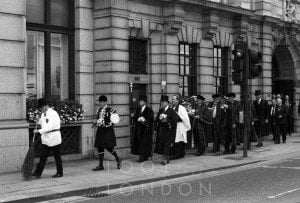 The procession is fairly simple and brief: the solitary Wine Porter (there used to be more in the good old days) using his broom of twigs to clear the path of traditional discarded coke cans, with the following be-gowned entourage carrying nosegays to disguise the smell of modern traffic pollution. IanVisits has probably a more accurate description of the event. 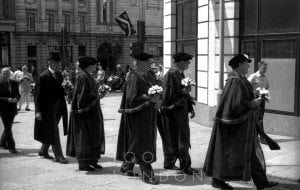 The procession ends with a service at the splendidly named historic church of St James Garlickhythe – which looks after the spiritual needs of a number of City Livery Companies – the bells of which were installed on a boat and taken up river to be used during the famously soggy Diamond Jubilee celebrations in 2012.

And talking of famously soggy, we can’t let this pass without a bit of Deano…