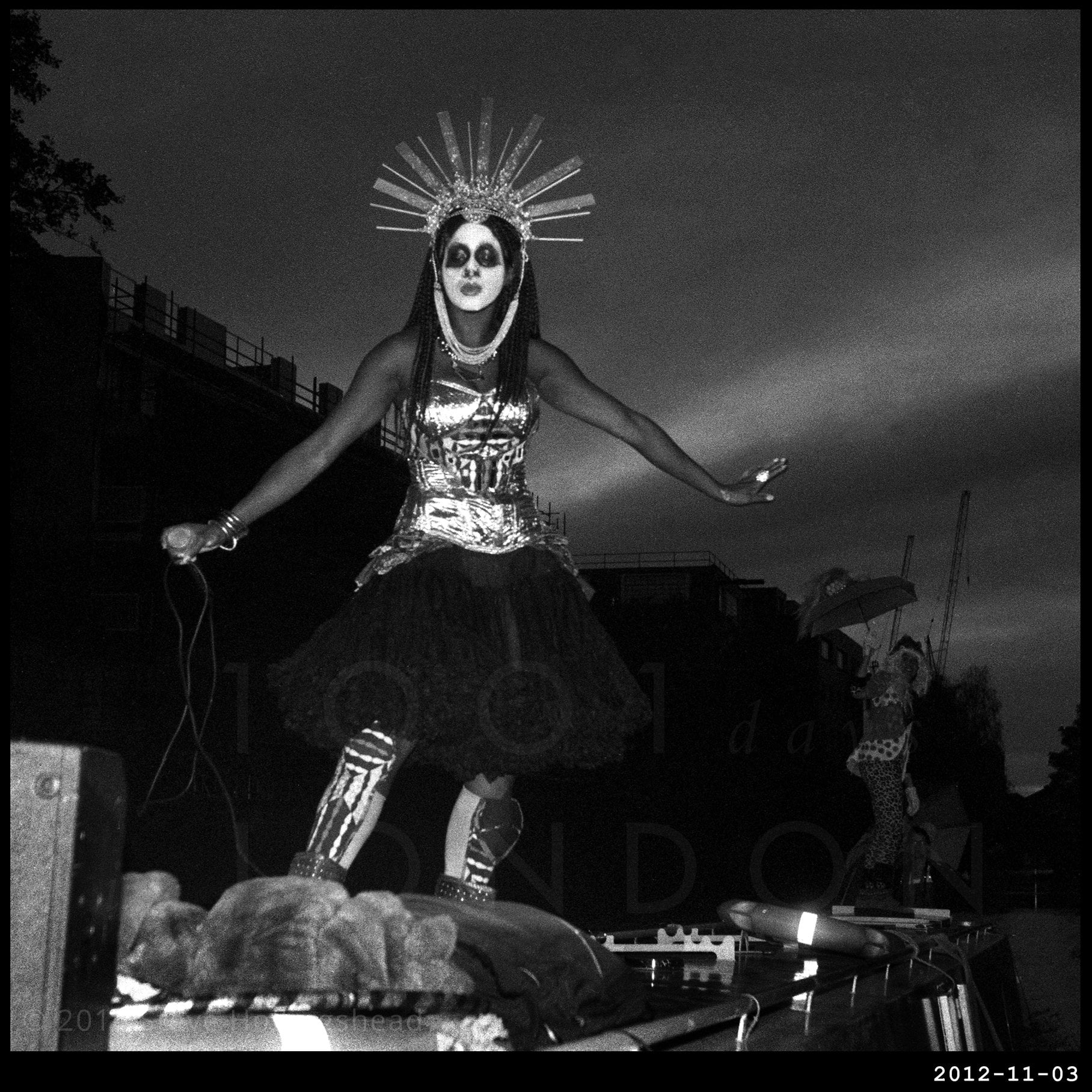 ‘Voyage of the Dead’ 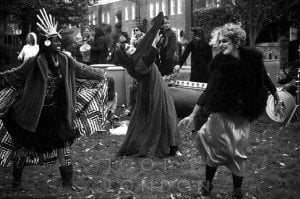 In a way it’s a bit of a surprise that an event as rich with creative potential as the Mexican Dia de los Muertos hadn’t established itself much earlier in the consciousness of London’s Let’s Do Something Different community, especially with the tediously predictable and commercially overbearing Halloween theme dominating the late October party scene [and much as we’d like to blame the Americans for this cultural steamroller, it was originally started by the Celts – though I think ‘trick or treat’ was Pope Gregory III’s idea] 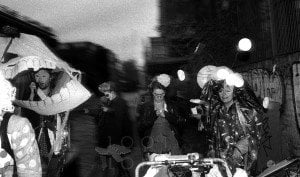 So, having gathered outside a hairdresser’s on the Kingsland Road, as you do, our shamanic entourage warm up with a lively drum workshop in de Beauvoir Square before hitting the canal heading eastwards for performance and sustenance at CHUG before going on for more partying at Apiary. 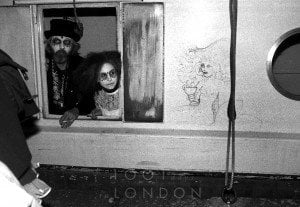 And the main pic of the dramatic vision of the afterlife summoning spirits atop a humble narrowboat (and you don’t see many of those in Mexico City) features the redoubtable Lady Vendredi, whose unique style of performance art can best be seen in these recordings… 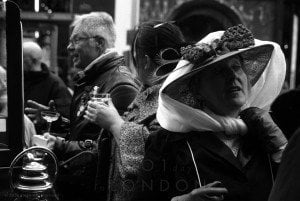