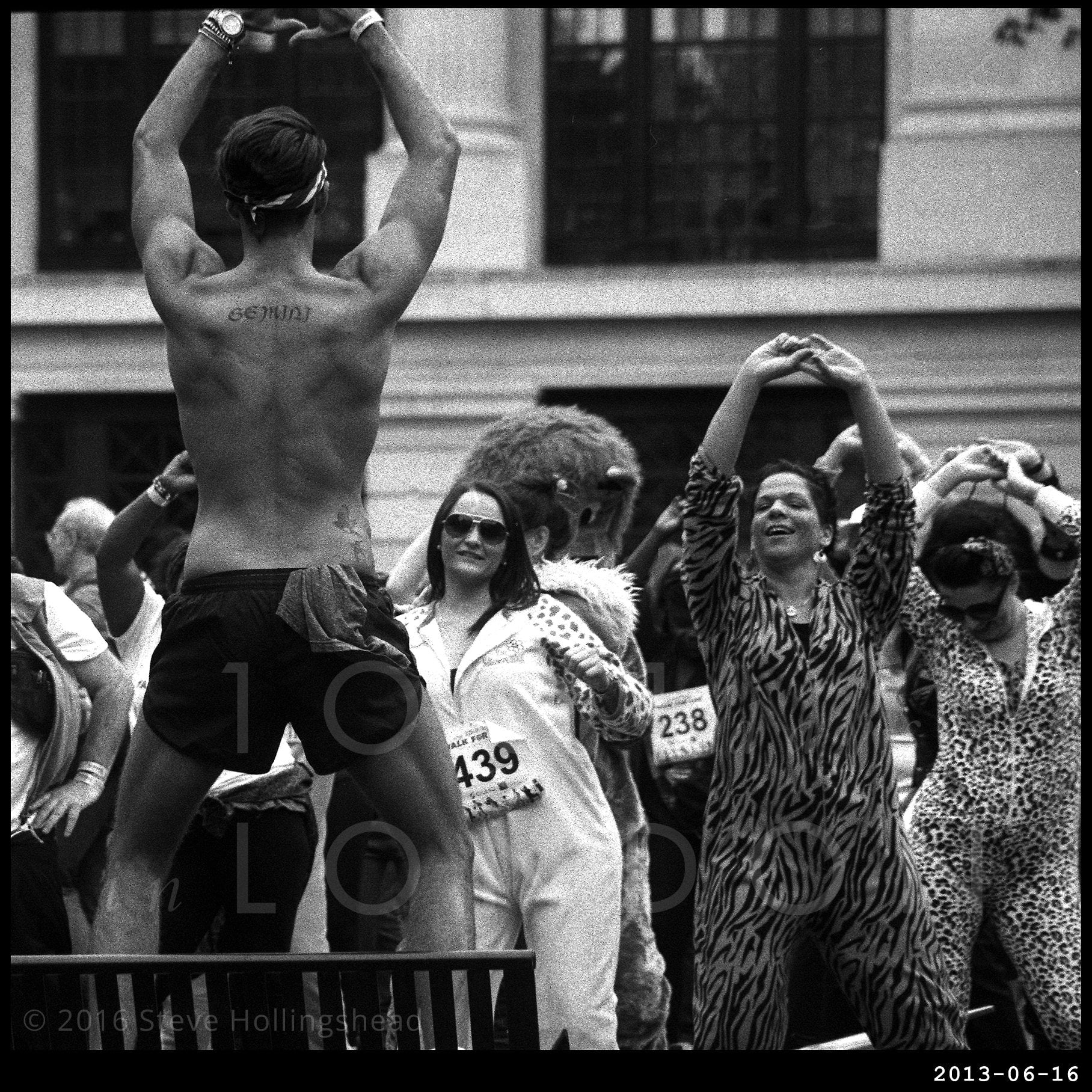 Very wisely, as with most energetic charitable events, the participants here are encouraged to go through a Warm Up procedure, although you may be forgiven for thinking that for a 10K stroll though London’s streets on an overcast Sunday morning, the warm-up seems decidedly more physically taxing than the event itself. On the other hand, you do get to enjoy the company of a very fit young man. 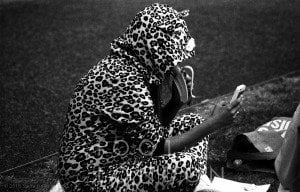 Here we are in Bloomsbury Square Gardens – possibly the oldest square in London – close neighbour to the British Museum and part of the London stamping ground for what we all know and love as the Bloomsbury Group. These game athletes – including a number of former Dr Who ‘Assistants‘ – (fetchingly attired for this year’s theme ‘Jungle’) are about to engage in the annual Walk For Life – a fundraiser originally set up by Crusaid, then continued by the Terrence Higgins Trust, on behalf of the Hardship Fund, which supports people with HIV who are struggling financially. 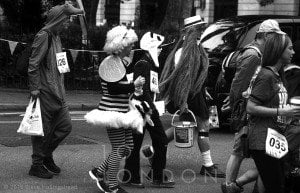 Sadly, the event itself was cancelled after only one more year, ironically enough for financial reasons (basically it didn’t raise enough to justify its continuance), not that THT don’t have other, slightly less colourful, schemes to collect a bob or two.

So what would the Bloomsbury Set have said about all this? This, probably.