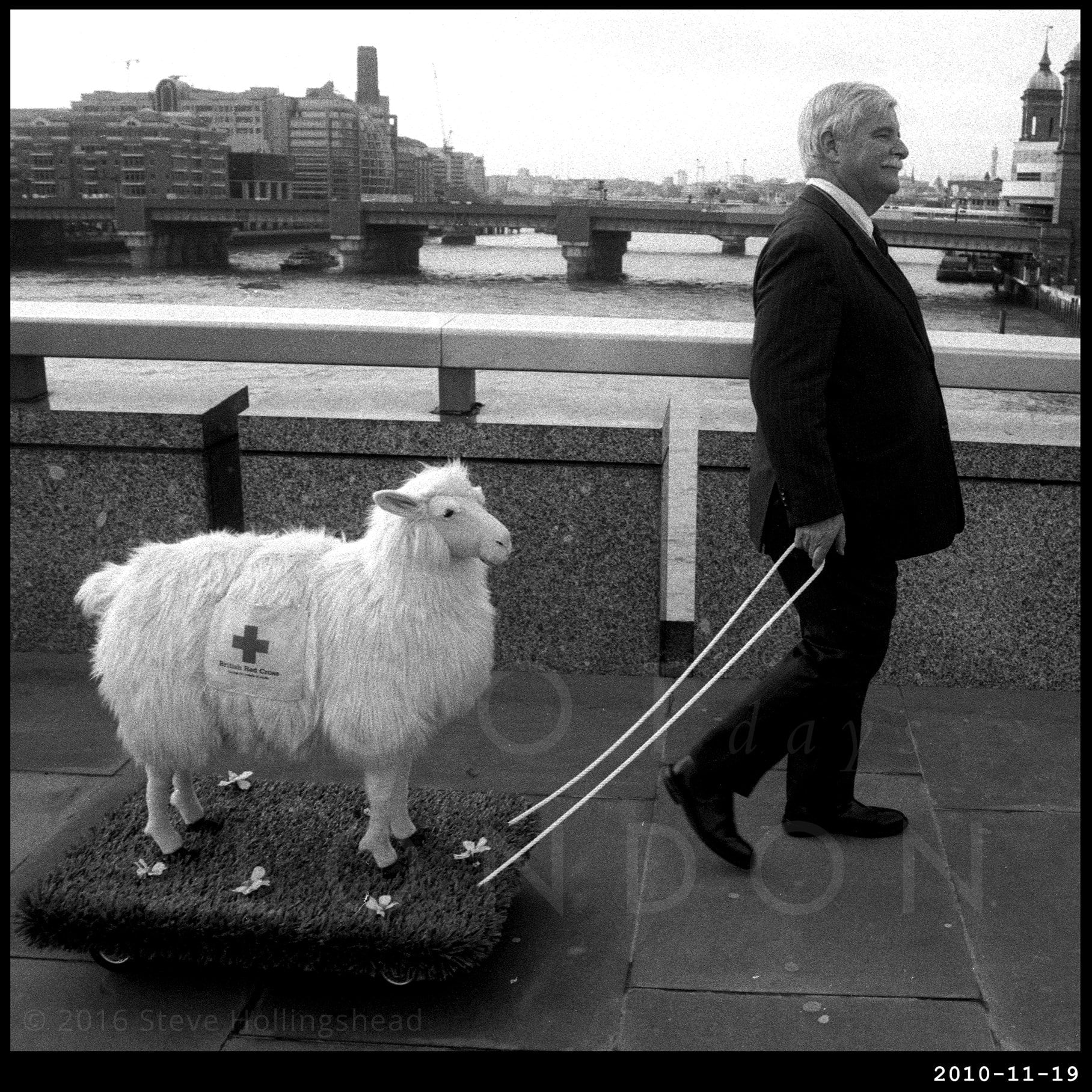 Personally, I don’t expect it to catch on, but you can appreciate the benefits of having a pet like this: no vet bills, no holiday complications and more importantly, no need to drag yourself out in the wind and rain for Walkies when you really don’t fancy it.

So, yes, this is an example of Gratuitous Selective Cropping, and our chap is not alone here with his pet – there are, in fact, a whole load of fake sheep being dragged across London Bridge in a charity event as a sort-of demonstration of the right of Freemen of the City of London to take sheep across London Bridge (The scurrilous amongst you might suggest that you can find thousands of sheep crossing London Bridge every morning, but I couldn’t possibly comment on that). 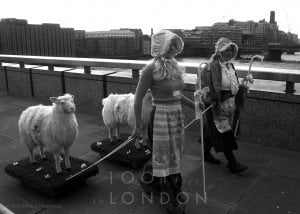 It’s an ancient benefit, of course (in fact, when London Bridge was the only non-waterborne route across the river, everyone had to take their sheep on it – the Freeman just didn’t have to pay the tolls), symbolically re-enacted every now and again, but another one of the apparent perks of being a Freeman that don’t really exist anymore (like being allowed to carry a ‘naked sword’ in public – and stop tittering there at the back), as Stephen Fry has gone at length to explore.

Sheep on the streets of London aren’t as rare a sight as one would expect: it happened a lot in the thirties, there’s this previously blogged event in Savile Row, and film and TV celebrity Sean was everywhere in the city for a while. There’re even knitted versions.