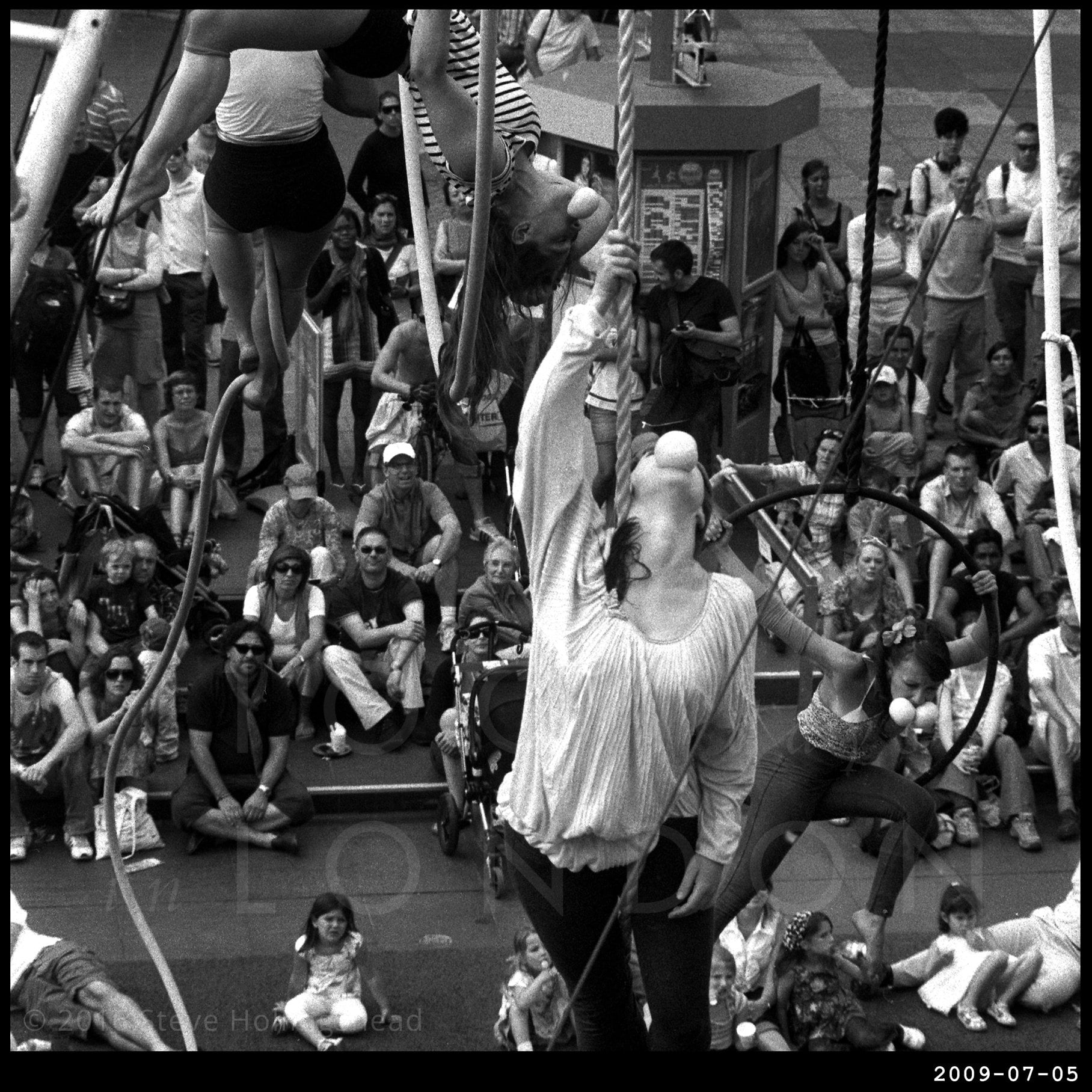 This wasn’t meant to be a post about the apparent indeterminacy of the world of arts funding, but sometimes these things just crop up, throwing together disparate examples of organisations reliant on differing levels of public support to be able to function successfully. 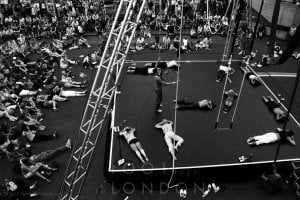 Or, put another way, here are a couple of events happening in close proximity on the same day in which public funding has been a major factor in their creation – but there are winners and losers here, which wouldn’t have been evident at the time.

So, at the top here we are at the Naional Theatre [obviously lots of taxpayers dosh, but plenty of business sponsorship as well] treating the great unwashed to a free event in their popular Watch This Space summer festival.

This year‘s programme of events includes an aerial balletic piece called ‘Say What You Like’ performed by graduates of the Circus Space school: established by a bunch of enthusiasts in North London in 1989, moving to Shoreditch in the 1990s, and has grown and evolved into The National Centre for Circus Arts, in which you can now get a degree. 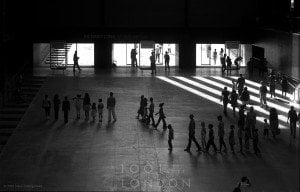 Meanwhile, just along the riverside at Tate Modern [see National Theatre above], they’re holding a day of community activities, which includes a collaborative project with the long established and popular modern dance company The Cholmondeleys, who, less than two years after this work with local residents, lost the entirety of their Arts Council Grant, and disbanded.

Ah… if only modern dance became an Olympic sport. Tons of funding in that, apparently…