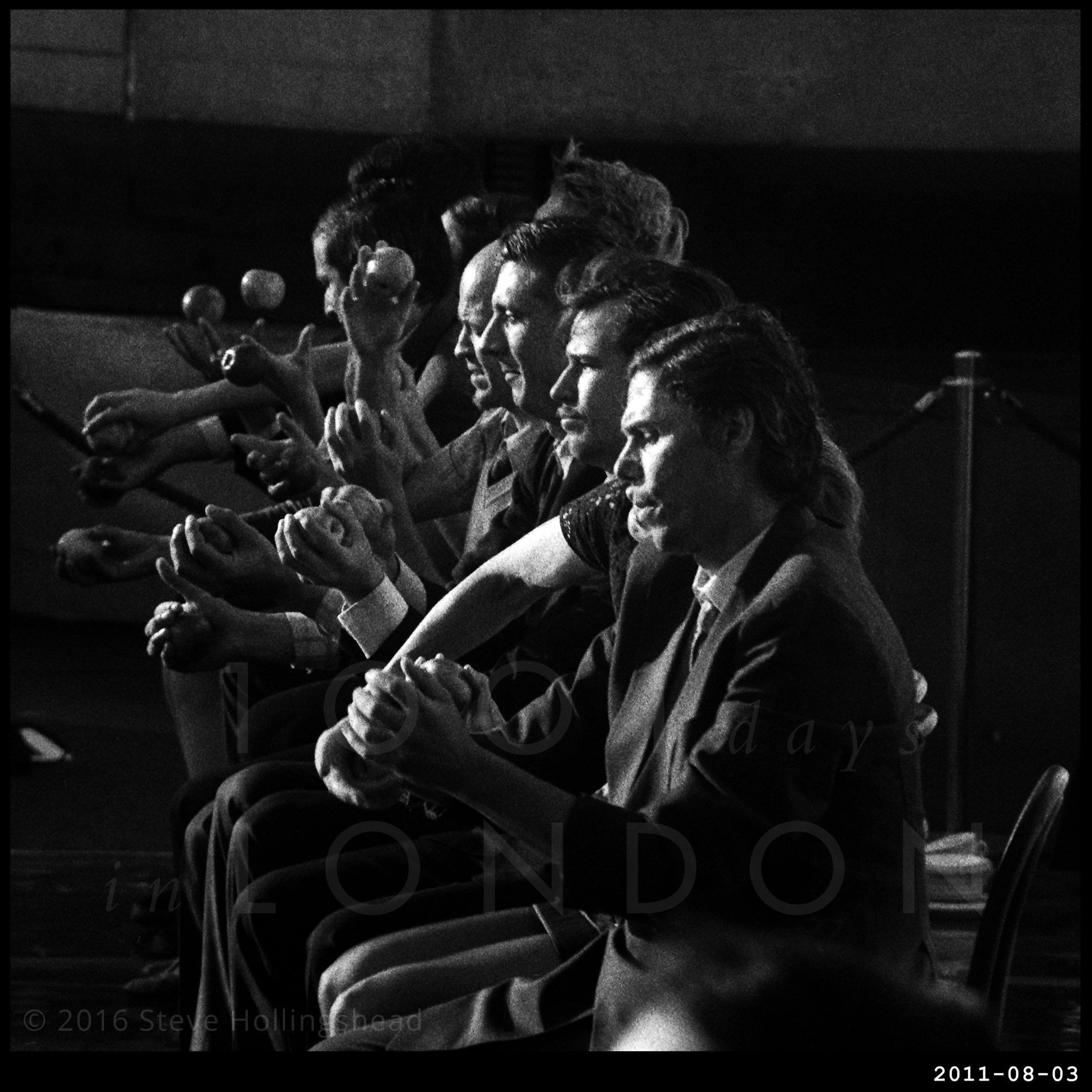 It was with some dismay to watch the sudden appearance in 2012 of a giant red timber box filling out most of Theatre Square, home of the much loved Watch This Space summer festival at the National Theatre. This became known as The Shed – a ‘temporary’ theatre space to be utilised whilst much needed improvements were carried out elsewhere in the building. Critics seem to like it. I don’t – I think it blocks the view of what is an icon of classic brutalist architecture.

On the other hand, at the eastern side of the building, architects Haworth Tomkins have opened up a part of the building that has been criminally underused for decades, providing a new auditorium and places to eat and drink, with a large riverside terrace, and, thankfully, a space for some free entertainment. 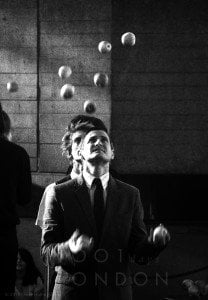 The maestros that are Gandini Juggling are one of the few companies to have performed at both venues. This is they at the old space performing a sample of Smashed – their brilliant homage to legendary dance choreographer Pina Bausch.

The music they use for this: Waltz in Berlin is by American composer Jack Little. And I see no reason why we can’t sample a little more of his oeuvre. 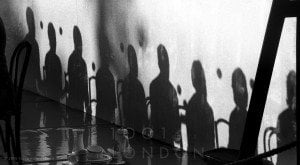