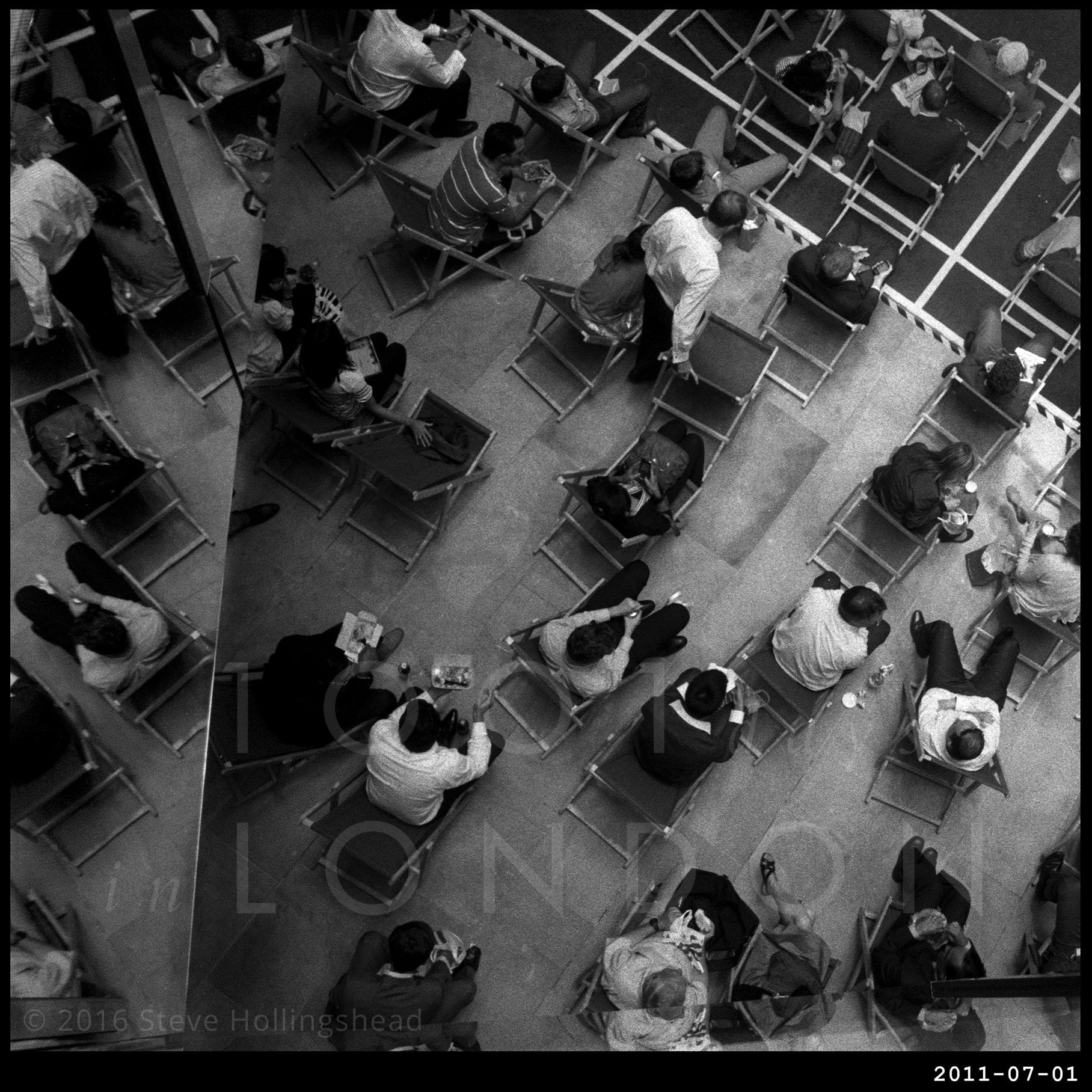 This is a bunch of city workers watching the tennis. In actual fact they’re sitting in front of the outdoor screens established for the Wimbledon finals in the below ground-level area of the recently opened One New Change shopping centre opposite St Paul’s Cathedral. The tennis is being broadcast, but the reason they’re there – to watch Andy Murray fail to get to the men’s final yet again – doesn’t in fact start for a few hours yet, but it’s a Friday afternoon, the sun’s shining & there’s Pimms to be drunk.

One New Change, which replaced a bland but not unpleasant post war development in the autumn of 2010 has its critics, but seeing as Prince Charles hates it, it can’t be all that bad, can it? 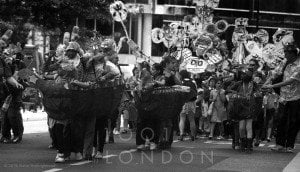 Anyway, if these people had managed to give up their deckchairs for a few minutes to find out what all that noise was coming from the street, they would have encountered the annual City of London Festival children’s procession, which, this particular year evidently had a Pacific theme. 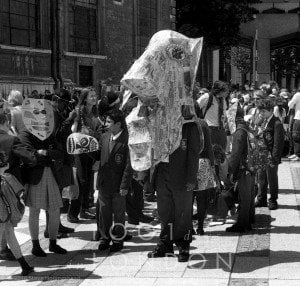 The Festival, touched on briefly here, had been a major cultural feature in the city for over 50 years, so it’s something of a shock to hear of its demise in 2016 (it’s not as if the City of London isn’t short of a bob or two, is it?)

Meanwhile self-taught musical prodigy Paul Gbegbaje was making the most of one of the free pianos dotted around locally as part of the festival to entertain a few commuters.