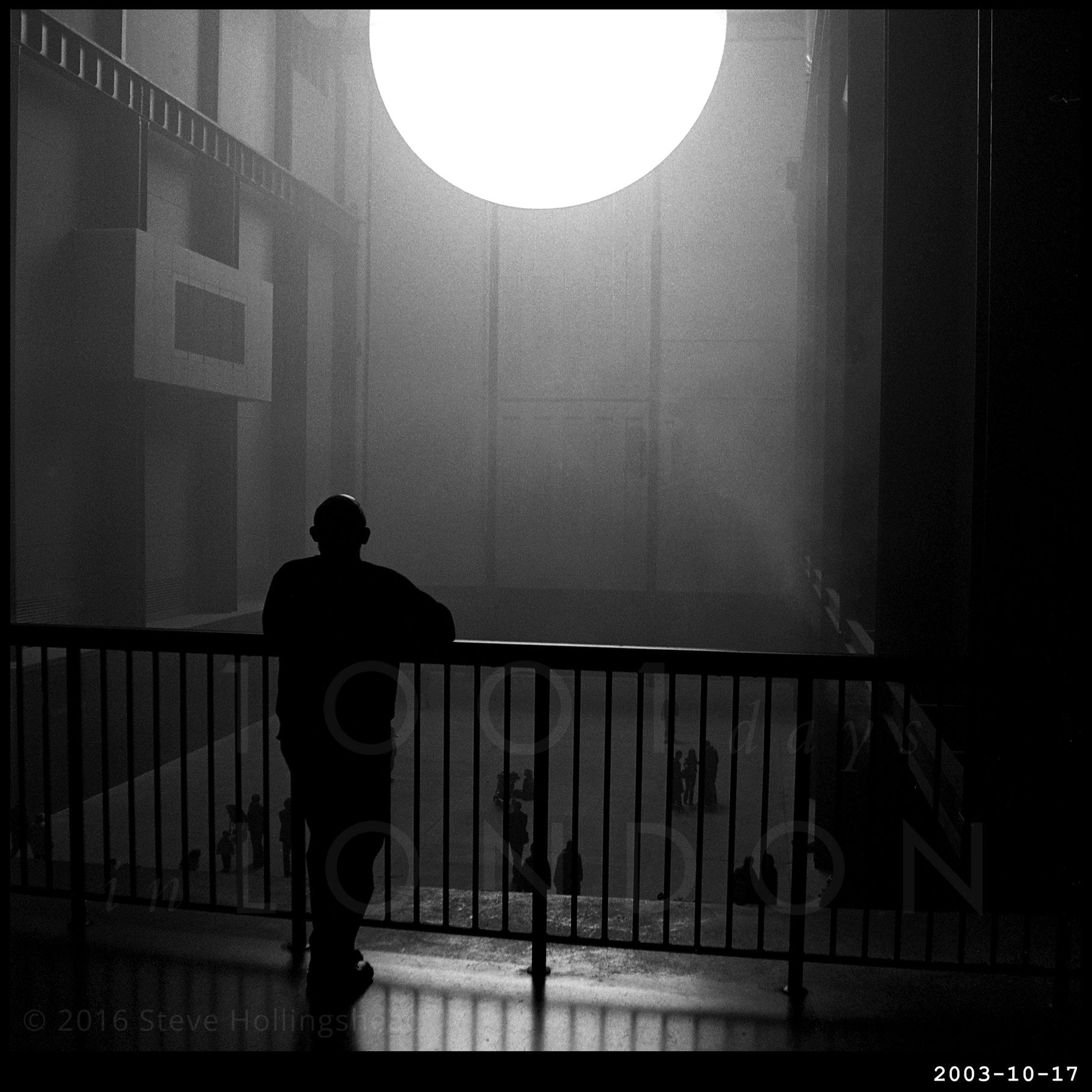 Someone’s only gone and made a whopping great hole in the wall at the back of this building… oh wait… this is Tate Modern, and that’s not a hole in the wall [give ‘em time…] but a sun-like projection that’s bathing everybody in a hazy light, encouraging people to lie down in front of it almost in a state of worship… which is sort-of apt as the original architect of Bankside Power Station, Sir Giles Gilbert Scott, also designed Liverpool Cathedral, amongst other gems (and before the Tate got hold of the building it was almost sold off to become a church).

So this is the opening day of the Turbine Hall’s installation for 2003/4 and it’s become pretty much the benchmark against which all subsequent installations have been judged, with very few of them measuring up, to be honest. Well, we liked this one. This was probably not in the schedule, but the artist probably shares similar views. 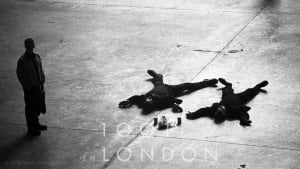 You could probably have guessed that Weather Project creator Ólafur Elíasson hails from the lands of the Northern Lights and the midnight sunshine, given the importance of light and atmosphere in much of his work. 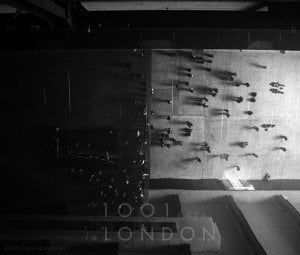 And so appropriate is this music from fellow Icelandics Sigur Rós that I’m amazed that the Tate didn’t have it belting out through the hall for the duration of the exhibition [apart from the unfortunate fact that it wasn’t released until 2005]. Anyway, we’ll be back…