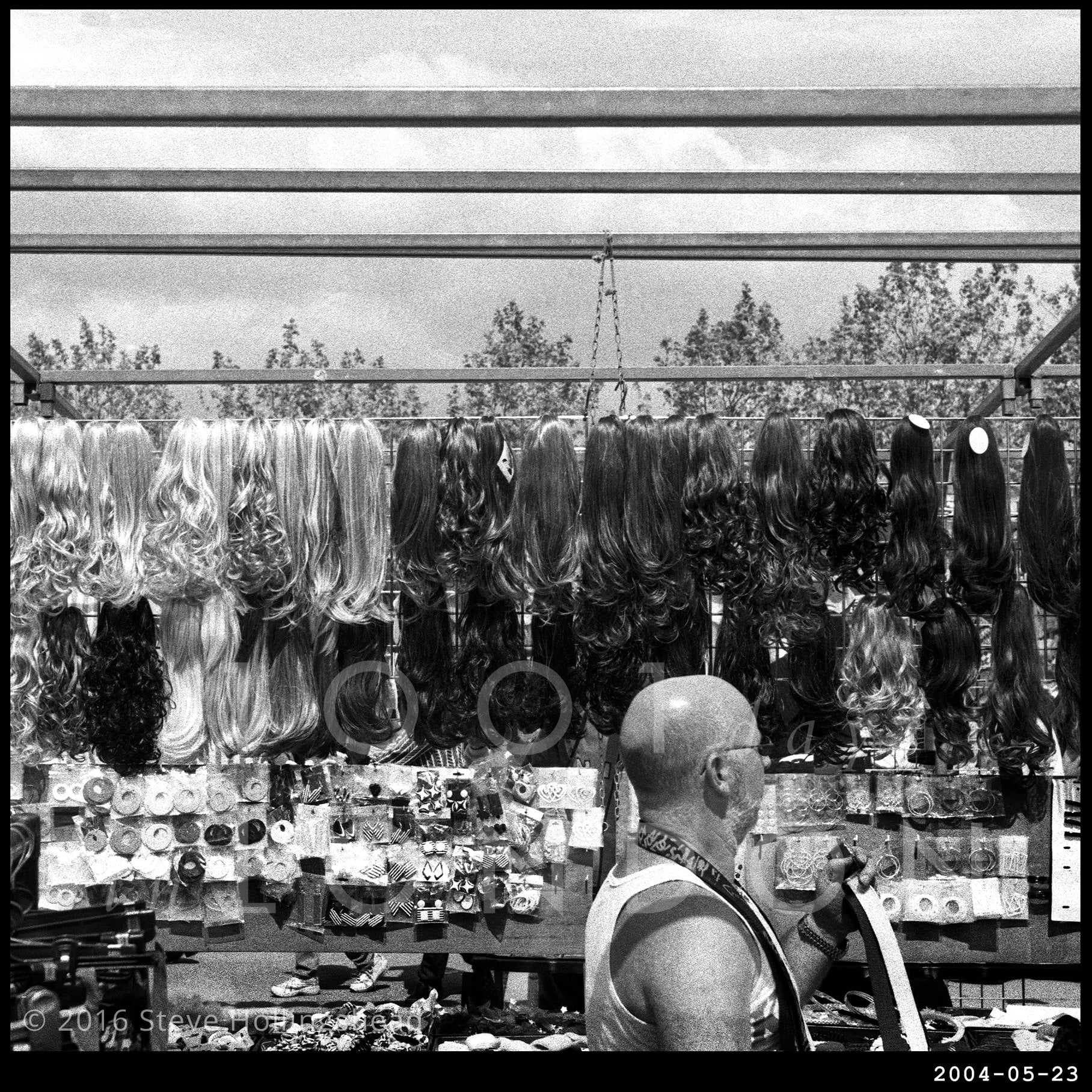 Wembley – for almost a century the home of English football, the venue for some of the most unforgettable music events of the past 25 years, and, let’s not forget, the venue chosen for the grandiose but war-delayed British Empire Exhibition in 1924 (just when the British Empire was starting to fall apart). And, as with all buildings of this size, the necessity to have sufficient parking amenities is fairly paramount. So Wembley Stadium was provided with a fairly sizeable car park, which, obviously, was going to spend a lot of time not being used.

So about 40 years ago someone hit upon the idea of a Sunday market here, which proved to be a massive draw to North London shoppers. For decades it thrived with hundreds of stalls selling all manner of general domestic goods – not the trendy artsy crafts and street food stuff they sell more centrally: this place had characters, and Brand Names – or not, apparently. Here we are with the market in its pomp whilst the new stadium slowly but surely comes together in the background. 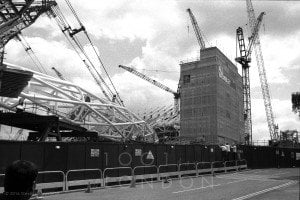 However, the market (and its reputation) didn’t fit in with the new area management with its glossy London Designer Outlet development. So the Council found a space at the old Unisys building nearby. For a while. Then a ‘fake goods-free’ market was going to re-open back at the old gaff. Or maybe not. Anyway, at least now there’s somewhere to get some good quality street food.

And here we have The Killers celebrating the venue (the stadium, not the market, sadly)