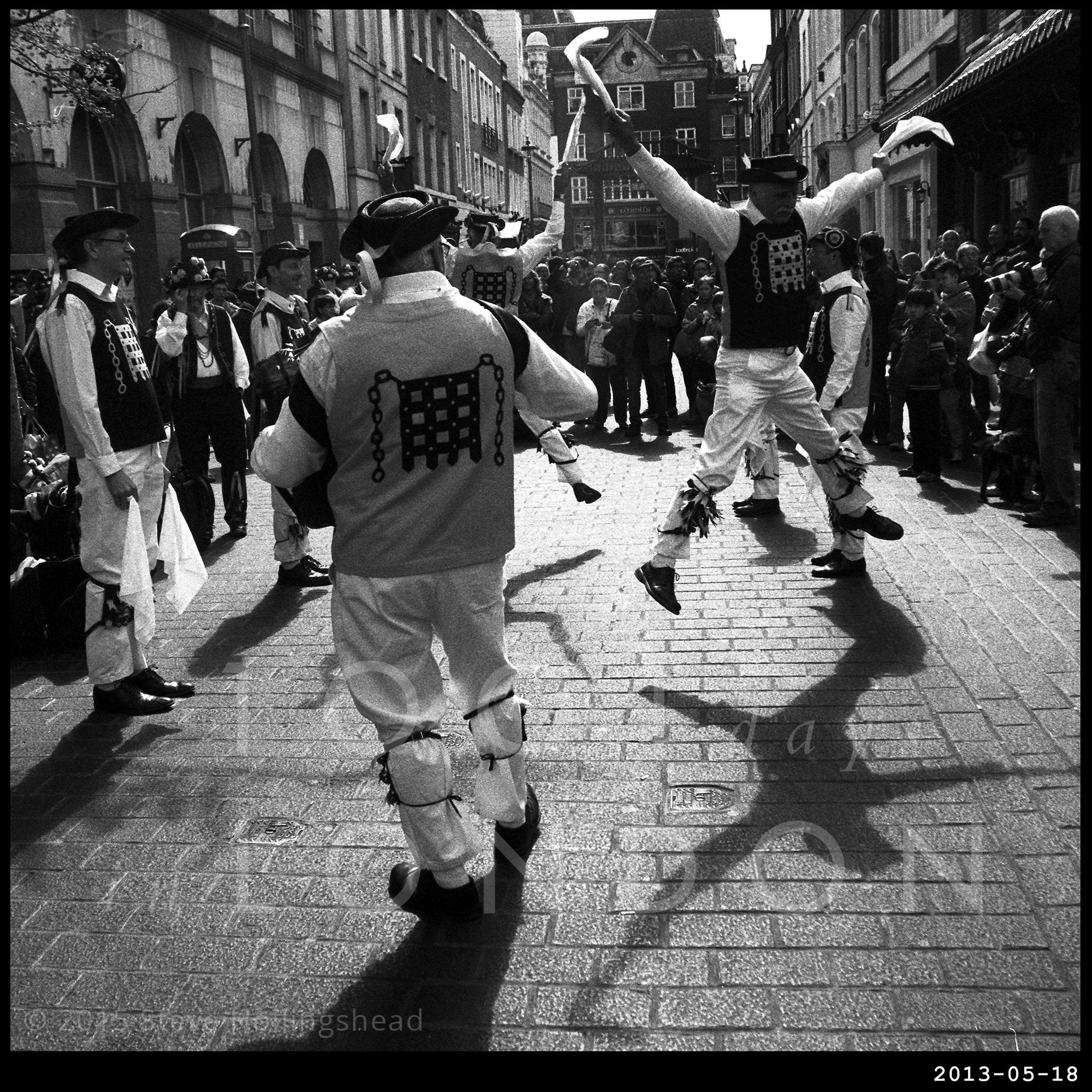 Here we are in Gerard Street – heart of London’s Chinese community – and it’s something of a revelation to the many tourists and shoppers in the area that, come mid-May, the locals like nothing more than to get out their traditional costumes of hankies, bells and tassels and perform the annual ‘Flying Star Dance of Spring’ – An ancient and almost forgotten ceremony alleged to have originated in the region of Lan-Ca-Shi-Re (although other districts have also claimed ownership).

The casual observer might confuse this complex ritual with what is known as ‘Morris Dancing’ – in fact some even go as far as suggesting this might actually be the Westminster Morris on their annual ‘Day of Dance’ around the West End with fellow groups of Merrie Men (& women, of course), culminating in a grand finale in Trafalgar Square.

What differentiates these performers from the Morris men is the fact that some of the practitioners here are, by using extraordinary powers of concentration, capable of maintaining what’s called the ‘float’ for periods of up to half an hour. Whereas Morris Dancers, of course, tend to jump around noisily for a few minutes & then gone off to the nearest pub to drink more beer. 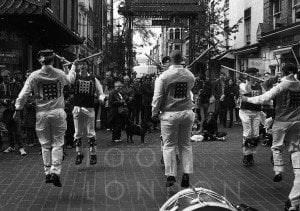