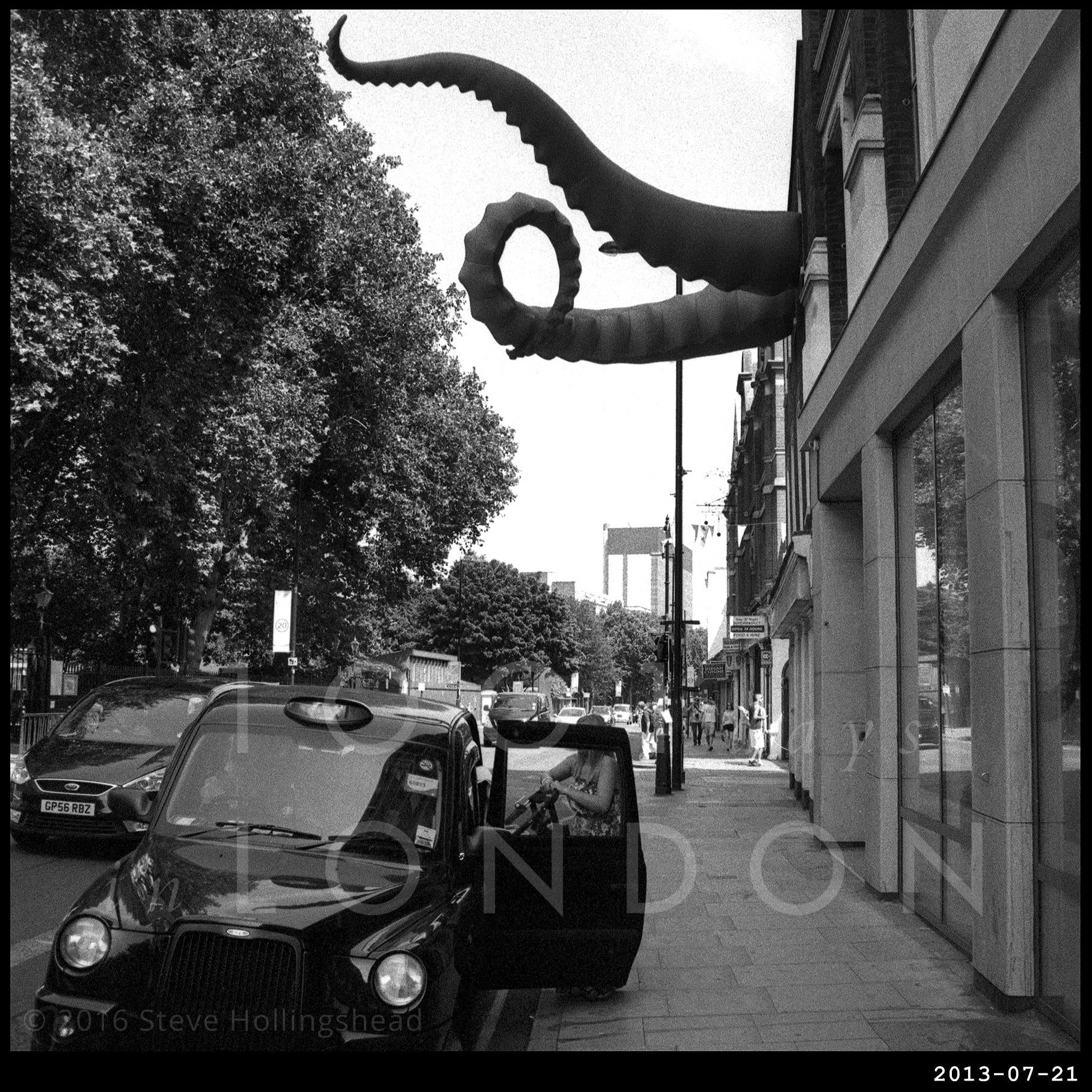 It’s always a bonus when two distinctly different events happen on the same day a mere ten minutes walk apart – the only downside being that, due to the constraints of this project, only one picture from the day gets a place on the wall. So, somewhat perversely, the picture selected ends up being one taken from the street linking said events.

So we’re on Old Street here, looking east, where it appears the occupants of the top floor flat here have been overfeeding their pet octopus Little Shop of Horrors style. 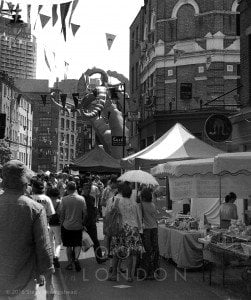 It’s actually the top corner of Whitecross Street, where the unofficial Western Boundary of Hipsterville is enjoying its annual street party The Rise of the Non-comfromists, an earlier version of which we covered here. This year’s seems to have more food, more entertainment and crucially, more art. 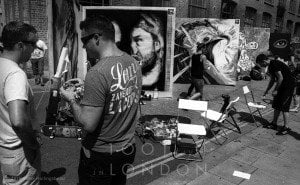 At the other end of Old Street we find ourselves in Clerkenwell, where preparations for the annual Italian procession are well in hand. We’ve been here before as well – full of those frightful second generation European migrants, I know, but still every bit as integral a part of the London Summer calendar as any bit of Royal Family fluff. Better pizzas, as well. 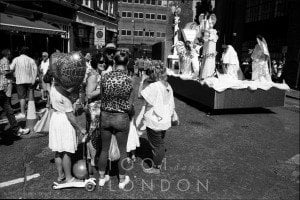 Now, there appear to be two bands out there called the Skallywags. One of them is a Nashville based semi-acoustic country-style band. The other is this lot.