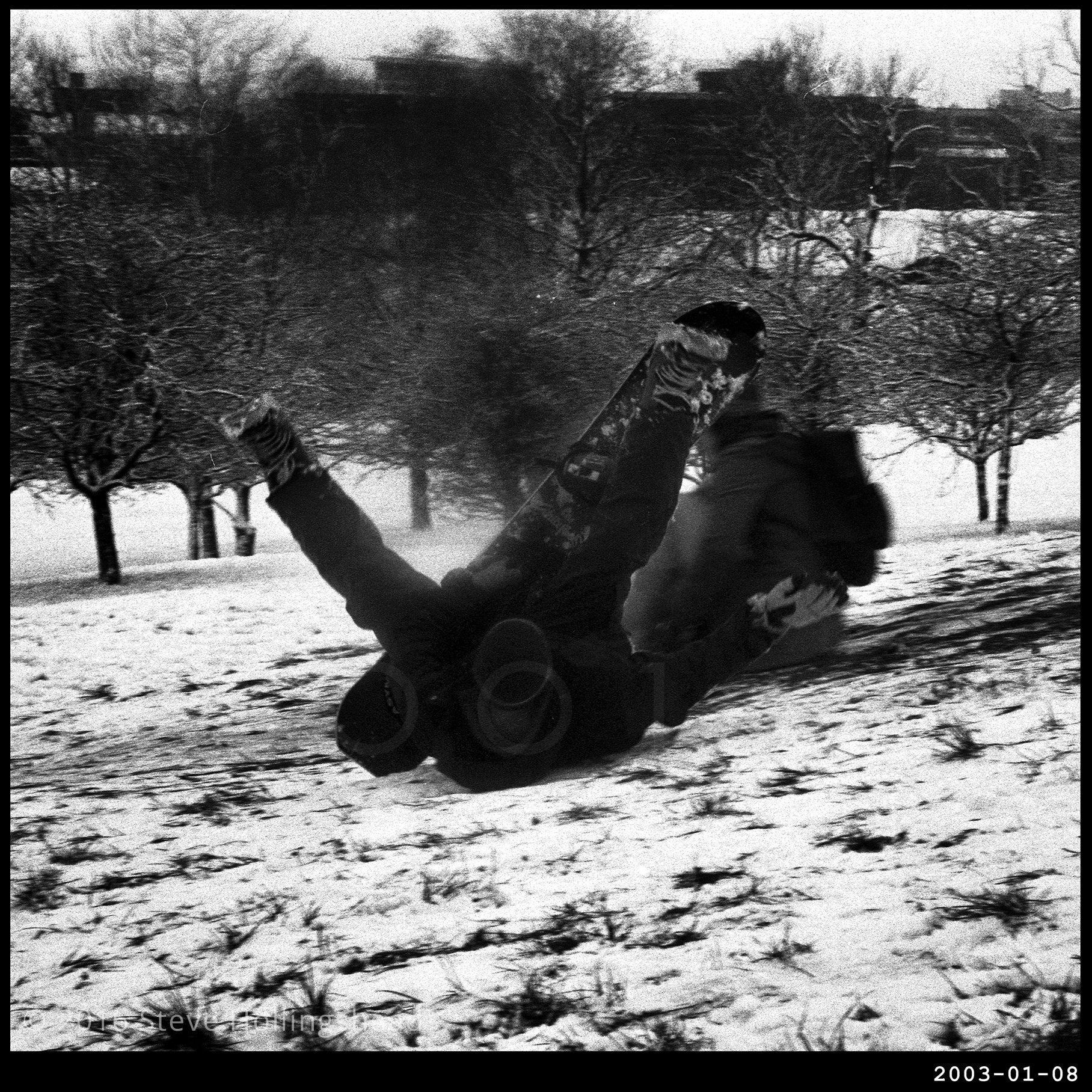 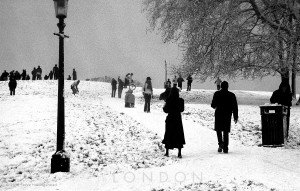 Us Londoners are a resilient lot, as has been well documented, and there is no better example of how we laugh in the face of adversity as when the elements try to do their worst – in this case when the wintery conditions become so extreme that the city becomes enveloped in at least one inch of snow [other parts of the world may occasionally have had to suffer similar tribulations, it needs be said – nothing as severe as this, though]. 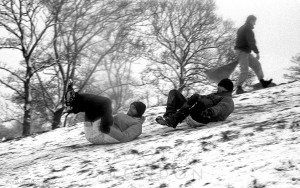 So, rather than cower away indoors and wait for emergency food supplies, these plucky souls have opted to disregard all health and safety advice and taken to the hills with sturdy never-previously-used sledges [no, not these sledges], tin trays and, for the true pros, bin liners for a spot of kamikaze fun. 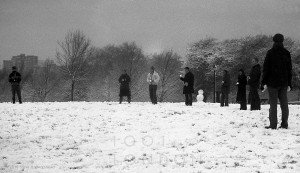 Of course the photographer here is taking the opportunity of this once-in-a-decade (well, maybe two or three times, then) meteorological catastrophe to find his inner Breugel (elder or younger, it doesn’t matter which) when, for a very brief few days, the monochrome format is more suited to the occasion than the colour one. 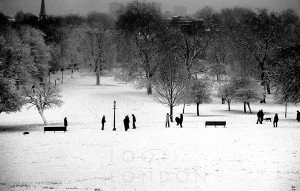 We’re at Primrose Hill, by the way, an area known for its high celeb count (though not normally this particular one), and featured in warmer climes for some other high-vantage point events.

And having featured the Nutty Boys already, we turn to Loudon Wainwright III to celebrate these mean slopes.