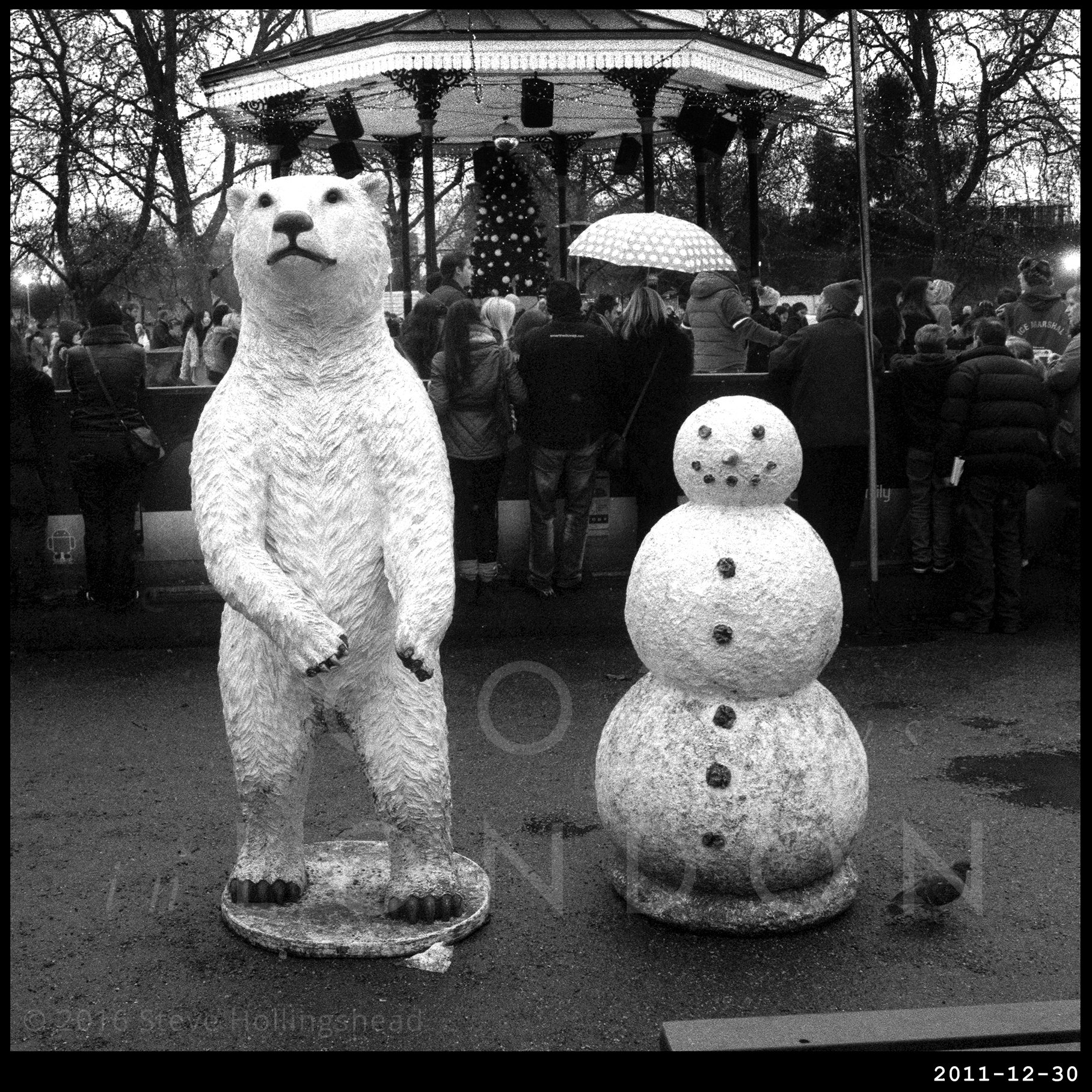 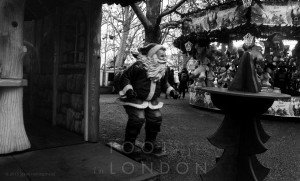 For something that has managed to become so enormously popular in such a short space of time (this particular one being the fifth year of operation), there’s still something quite endearing about the very visible presence of the sort of tackiness you usually only come across in the tales of disastrous exploitation that seem to crop up almost every year [the fact that damp muddy landscapes are more accurately synonymous with the typical UK winter is neither here nor there…] 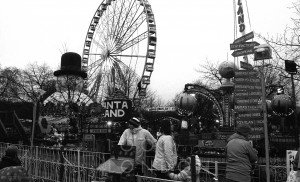 In fact despite the complaints about overpriced food and drink, ridiculously long waits for rides and overcrowding, the masses seem to still have the desire to head for this little corner of Hyde Park in greater and greater numbers each year. Eat your heart out Frost Fair. 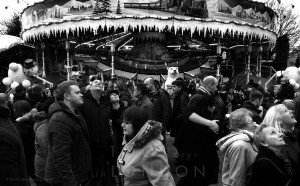 Admittedly, the full list of attractions does seem quite appealing, although I reckon it’s those fantastically convincing plastic polar bears that the crowds are flocking here to see.

So popular has the phenomenon become that across town in Hackney, Victoria Park has created its own Winterville experience (not to be confused with the dreaded PC-gone-mad Winterval those dreadful anti-Christians in Birmingham dreamed up one year. A myth? Well that’s not going to stop them complaining, is it?). 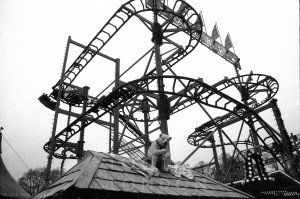 And if we’re going to have to link to the obvious song, then this version has to be the definitive one.