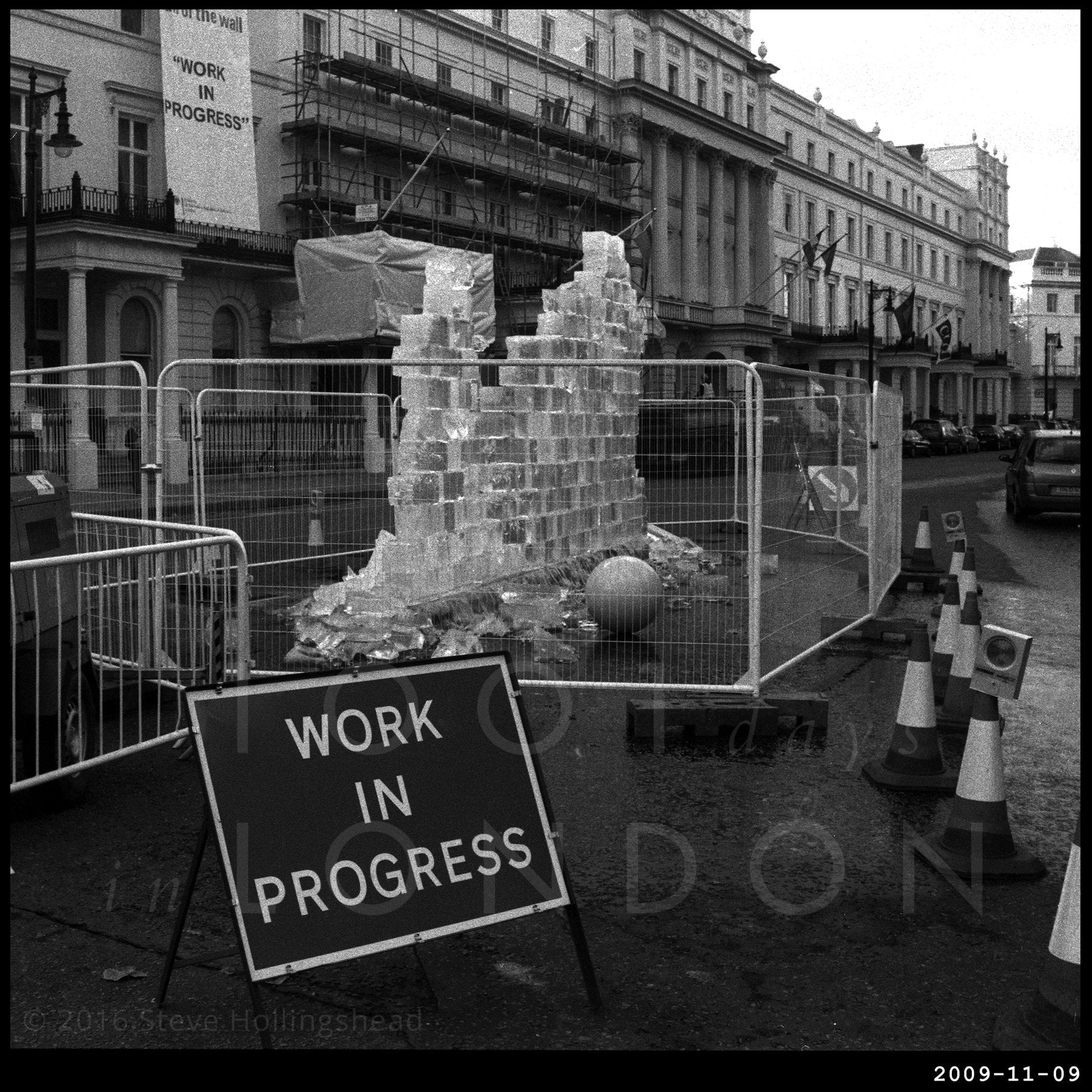 Not the most obvious location for a work of art, this: in the middle of the road in one of the most exclusive districts in the city and created with material that, even this time of year, really isn’t going to last very long. 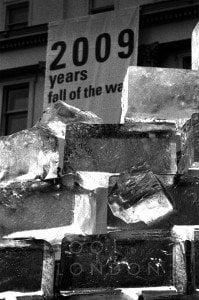 However, there is a point, of course, for this is Belgrave Square: a popular location for people with more money than they know what to do with and for the odd High Commission and Embassy, one of the latter belonging to Germany ­– In fact before the fall of the Berlin Wall, both East and West Germanys had their embassies in this square. Inconveniently, there are a number of other buildings between the two, so reunification couldn’t be marked by a symbolic knocking down of a party wall. 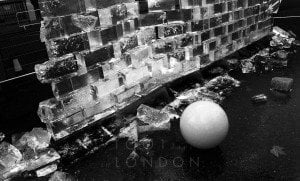 So… talking of reunification, here we are 20 years on and while they’re having fireworks and dominoes over in Berlin (the fireworks, I understand, are to commemorate rock god David Hasselhoff’s miraculous escape from one on that unforgettable night), here in the UK it’s a bit more subtle, with Welsh/German artists Manon Awst and Benjamin Walther’s ice sculpture ‘Work in Progress’ baffling taxi drivers and couriers as they pass by the embassy (for a few days, anyway). Here are the artists trying to explain their work… [nope, not a word] – ah – this is better. 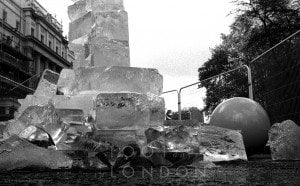 Here are some other works inspired by the wall, And this is Peter Gabriel, looking well padded against the weather celebrating the 25th anniversary 5 years later (obviously).