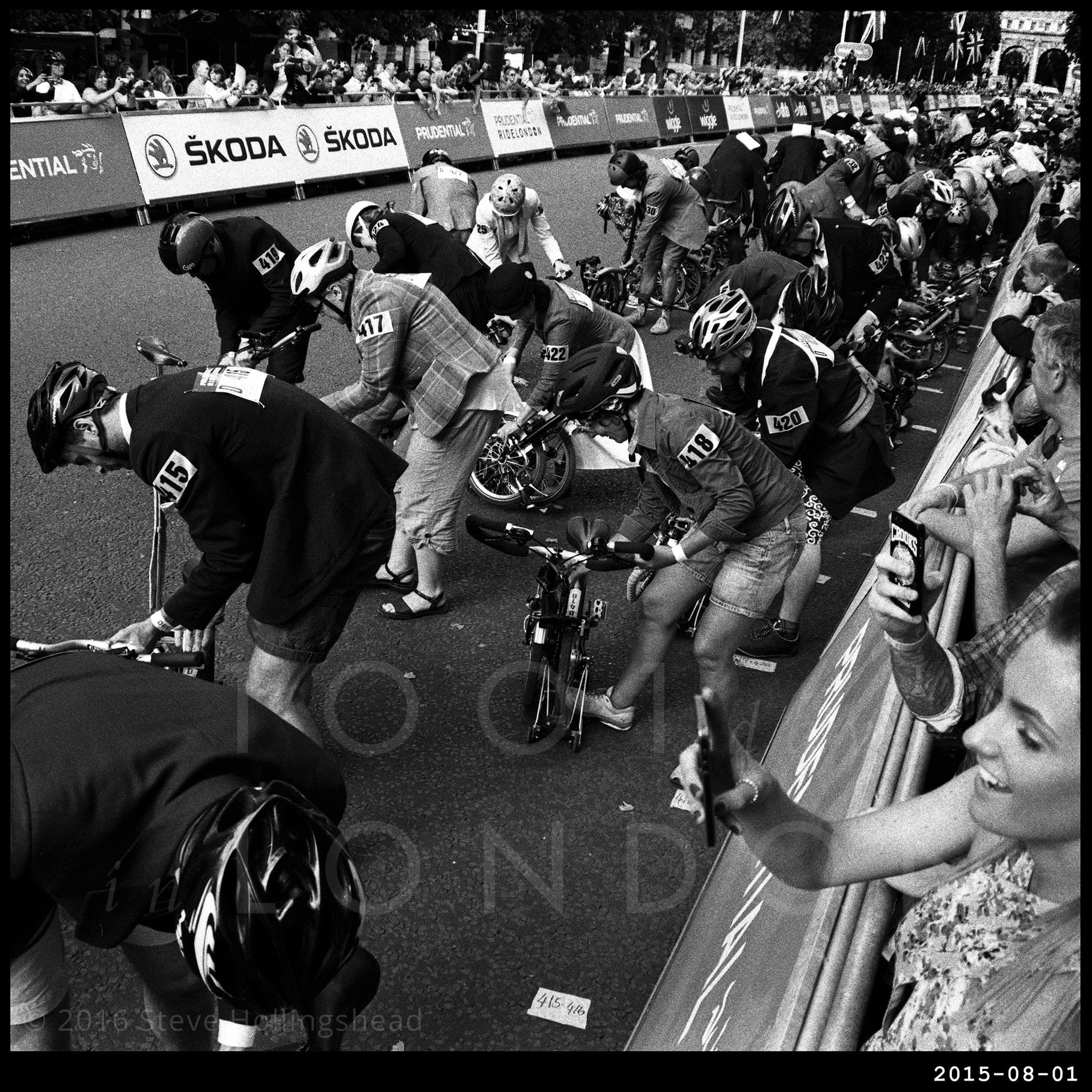 It’s pretty much a given that, if you stick a couple of wheels on something, before very long somebody’s going to find an opportunity to have races with it. Even something created as a useful little get-around for the busy city worker inevitably ends up on a race track (well, if they’re going to race with tricycles and vintage relics, then why not?) 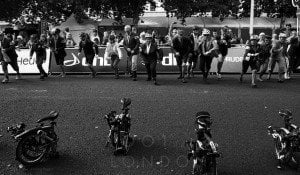 The Brompton isn’t the only folding bike in town – it’s not even the longest established – but it seems to be the easily collapsible vehicle of choice around these parts, and for over ten years now there’s been a competition to find the fastest Brompton racer in the World (which naturally has to include the crucial ‘unfolding’ phase which could make all the difference to final timings). 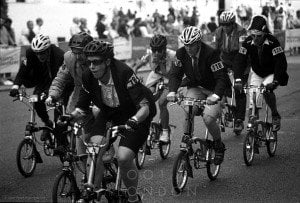 With a dress code to reflect the original non-competitive purpose of the machine – strictly no lycra – and following a number of qualifying heats that take part around the world, the Grand Final is held in St James’s Park (well… around it, mostly) as past of the annual Ride London cycling jamboree. 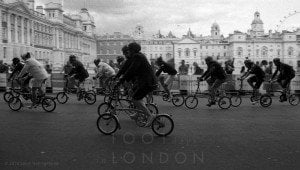 And after eight grueling laps of the park, the 2014 champion Mark Emsley just about managed to beat off professional opposition to retain his title. And so to help him celebrate we invite groovy popsters The Grave Architects to share their thoughts on cycling.