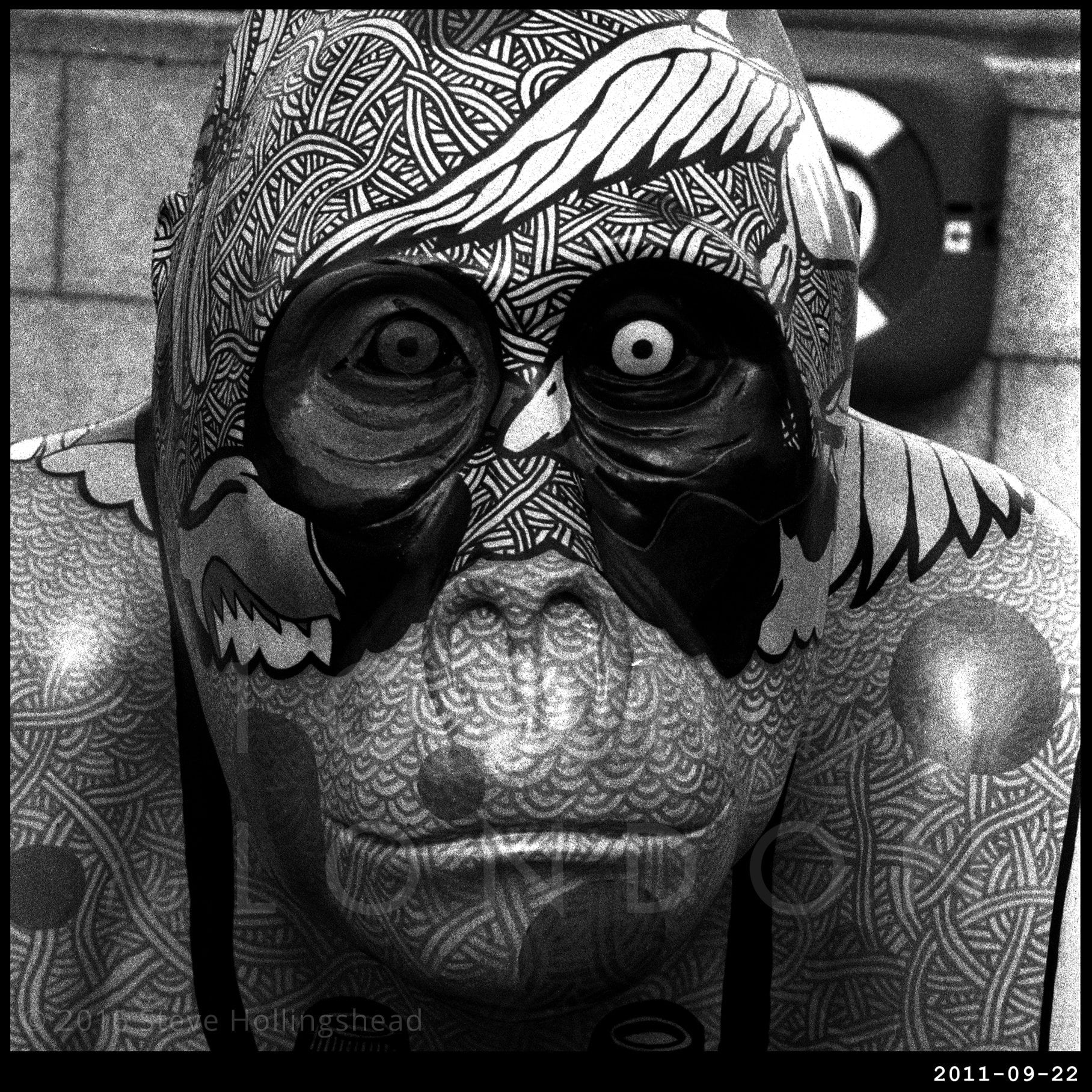 Strictly speaking, this is a Bristol story rather than a London one, but (I know it’s not easy to tell here) this gathering did happen in London, albeit for a short period of time – and, slightly unfortunately, was heading back to the west country two days before the Great Gorilla Runners would have been passing through on their jaunt around the city. 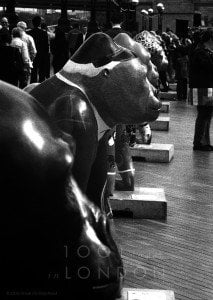 So… the non-London-ey bit: Bristol Zoo celebrated its 175th birthday in 2011 and as part of the programme commemorating the event a quantity of lifesize, individually decorated fiberglass gorillas was commissioned – no doubt inspired by the Elephant Parade a year earlier. 61 were created altogether, 20 of which managed to escape to the Big City for a few days. 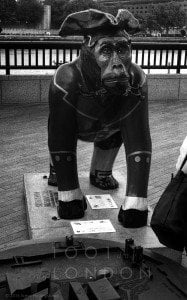 Why gorillas? Well, Bristol was the home of Alfred, one of the first gorillas successfully held in captivity (until he died, was stuffed & then promptly disappeared). It also does a lot of work with Ape Action Africa, which focuses on protecting apes in Cameroon. 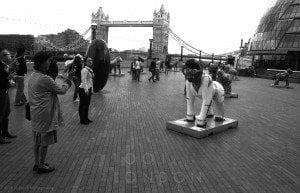 This particular fellow is I Spy Gorilla, painted by Dave Bain for the Wildfowl and Wetlands Trust; and here’s what most of the rest of them were called: Isambard Kingdom Brunel and Bluebeard’s connections with Bristol being fairly self evident, Elvis’s less so, but he was still most popular with the tourists. 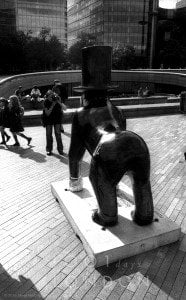 And here are some less than convincing gorillas dancing.